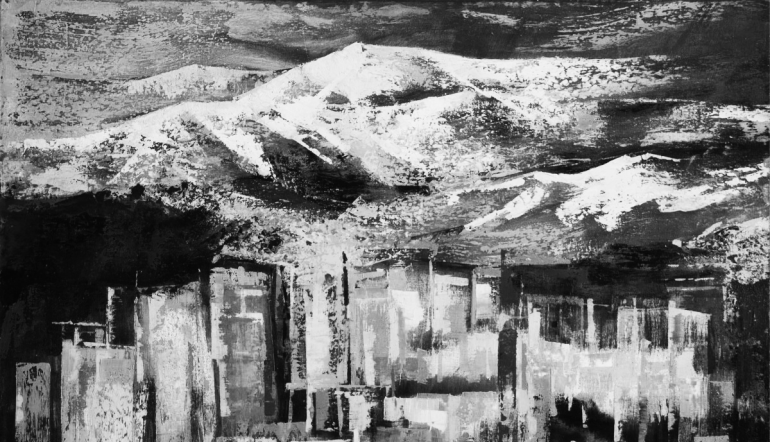 Most of what we learn about the titular city of Ursula K. Le Guin’s “The Ones Who Walk Away from Omelas” has to do with its omissions. It has no kings or slaves, no spies or warfare. Its citizens are not “bland utopians,” are not “less complex than us” (and who is this “us”?). But as for what the citizens are actually like, save for one important detail, there is very little said. In its opening paragraphs, stripped-down as they are, the story resembles not so much a myth as a fairy tale.

The story is unusual in the history of utopian fiction in its brevity, its disinterest in detail. Plato’s Republic, perhaps the most influential example of the genre, is awash with specificity as to the ordering of its society. We know who is in charge, who does what job, how children are raised and educated, how the whole of the ideal city would be organized, run, managed. “Utopia,” which comes from Thomas More’s text of that name, literally means “no-place.” Though different texts embrace the nonexistence of the world to different extents (the title of Samuel Butler’s 1872 Erewhon, for instance, is literally an anagram of “nowhere”), the freedom of the blank slate often impels great feats of locution. The author has spent a great deal of time devising this fantastic perfect society—and they are going to tell you every little thing about it.

“The utopia,” as Northrop Frye writes, “is a speculative myth; it is designed to contain or provide a vision for one’s social ideas, not to be a theory connecting social facts together.” The utopian city is a city of order, where everyone does their job and where social and legal codes are rationally constructed to further the citizens’ wellbeing. The utopian text comments on and criticizes the author’s society for its anarchy and irrationality, its refusal to adhere to a vision. For the typical utopian writer, the imagined city is nowhere, because nowhere does society make sense.

From the outset of the story we can see that, while Le Guin is clearly working in the genre of utopia, its form and expectations do not suit her. Early on, the narrator seemingly gives up, abandoning the splendour of the city to the reader’s imagination: “Perhaps it would be best if you imagined it as your own fancy bids, assuming it will rise to the occasion, for certainly I cannot suit you all.” All that seems to matter is that the city be magnificent. Too many specifics would get in the way.

What the story focuses on instead is the cause of that magnificence, the origin of the citizens’ joy. The whole of Omelas, in many ways, is built atop a single room:

The room is about three paces long and two wide: a mere broom closet or disused tool room. In the room a child is sitting. It could be a boy or a girl. It looks about six, but actually is nearly ten. It is feeble-minded. Perhaps it was born defective, or perhaps it has become imbecile through fear, malnutrition, and neglect. […] The child used to scream for help at night, and cry a good deal, but now it only makes a kind of whining, “eh-haa, eh-haa,” and it speaks less and less often.

The citizens widely believe that the prosperity of Omelas depends on the suffering of this child. We are not told why or how, but nevertheless, as Le Guin goes on to describe, this notion is impressed on children’s minds from “whenever they seem capable of understanding.” They are told that if the child were to feel even the slightest comfort or happiness, “Omelas would wither and be destroyed.”

While the vast majority of people accept this fact and go on with their lives, for a small number the notion is intolerable. The beauty of the city—its music, its people, its architecture—becomes hideous to them, as they cannot escape the fact that all of it derives from the utter misery of an innocent child. So, they leave and become “the ones who walk away from Omelas.” Nobody knows where they end up, so, seemingly, this is our ideal “no-place,” an undiscovered land outside the bounds of civilization where one can flee the evils of the city. It would seem then that Le Guin has written a kind of moral utopia, whose occupants, in fleeing to Nowhere, have escaped their people’s compromise.

Recently, I had the pleasure of visiting the city of Antwerp, in Belgium, for a conference. On the daily walk from my hotel to the venue, I would pass through the Antwerpen-Centraal railway station in the city centre. It is a truly beautiful building: its façade is an enthralling clash of concrete, glass, and gold, its interior a crisscross of architectural styles, at once gothic and baroque, all punctured with the utilitarian modernity of the rail system, which at once defies and refines the ostentatious marble and gold trim.

The station itself was built between 1895 and 1905, which puts it right at the tail end of Leopold II’s reign as the king of Belgium and Belgium’s colony in the Congo. Among his supporters, Leopold II was known as the “builder king” for his vast public works projects, though he deserves to be known exclusively for the eleven million or so people who died—often horrifically—in the king’s rubber plantations, which funded his several projects including the rail station. Belgium’s atrocities in the Congo are among the worst crimes of European colonialism, which is really saying something. The magnitude of the suffering this man caused is difficult to comprehend and even more difficult to describe, but suffice it to say that the splendour of the Antwerpen-Centraal station is nowhere near sufficient to justify the horrors that paid for it.

One could say a similar thing about modern electronics, which are built using cobalt that is principally mined in the Democratic Republic of the Congo. UNICEF estimates that these mines employ roughly forty thousand children, who account for roughly a third of the workforce there. It seems that imperialism dies hard.

I bring up these sobering facts to put the injustice Le Guin narrates into perspective. The city of Omelas is a paradise that depends—or at least claims to depend—on the suffering of one child. Western capitalism is hardly a paradise, and yet, it is built on the suffering of thousands.

In “The Ones Who Walk Away from Omelas,” the utopian nature of the city actually does derive from the way that the city is organized. Though Omelas still constructs its prosperity on a central injustice, that injustice has been reduced to the point where it is actually comprehensible at a personal level. The people of Omelas can visit the suffering youth, can witness the child’s penury, can understand exactly what is going on. But the anguish of thousands is simply too great for a single person to hold in their head. The suffering in “Omelas” is utopian not in the sense that it is good but in that it is understandable and rationalised. It has an explicit vision.

It is a utopia of utilitarian managerialism, where misery has been efficiently cut down to its smallest unit, as we can see in the way its citizens are implored not to pity or help the child. “To exchange all the goodness and grace of every life in Omelas,” recounts the narrator, “for that single, small improvement: to throw away the happiness of thousands for the chance of the happiness of one: that would be to let guilt within the walls indeed.” In a kind of Randian counter-logic, helping the starving child becomes the amoral thing to do.

Then what of the people who leave? In a sense, we can say that they have gone to a nonexistent place because they have done an impossible thing. One might be able to walk away from Omelas, but one cannot walk away from white supremacy, patriarchy, neocolonialism, or any of the other destructive systems we find ourselves implicated in: the only way for a white person to escape their involvement with racism is to end racism. Thus, the act of leaving is itself a kind of utopian fantasy of privileged guilt: “Wouldn’t it be nice if we just didn’t have to deal with these problems anymore? Wouldn’t it be nice if we didn’t have to feel guilty? Wouldn’t it be nice if we could just leave?” As Fredric Jameson once observed, “it is easier to imagine the end of the world than to imagine the end of capitalism,” and one could substitute “capitalism” for many other things. Small wonder, then, that the land outside of Omelas, outside injustice, goes undescribed.

But really, not even the people who walk away can actually leave, though the act of leaving might alleviate their feelings of guilt. Walking away from Omelas does not save the child who is trapped in Omelas; it is an escape from the contradiction that leaves the contradiction unresolved. Their ability to leave depends on their freedom as citizens of Omelas—that is, on the suffering of the child. The act of leaving, then, solves nothing.

Ultimately, the story seems to at once embody and expose the limits of utopian thinking. Like the word “utopia” implies, it builds its central conceit on a nothing, or a nowhere. Neither the narrator nor the other characters seem to seriously consider the option of just freeing the child and risking the calamity that would supposedly result. For we are never told the reason why Omelas depends on the child’s suffering, simply that it does. There remains the possibility that freeing the child would cause no problems at all. The ones who walk away, in their refusal to take this step, remain trapped in the city’s ideology even as they flee it.

The option of freeing the child remains outside the story because, I think, it remains outside the scope of utopian thinking. As I suggested earlier, a utopian society is a planned society, and a planned society has no room for chance. It is in dystopian fiction, rather, that one finds protagonists willing to take such risks. Better to let one child—or thousands—suffer than to risk any fundamental change. “The Ones Who Walk Away from Omelas,” then, invites us, in its omissions and its contradictions, to escape the limits of utopian thinking, to at the very least consider that a better world is possible, and, in the name of that great world, to throw the dice.