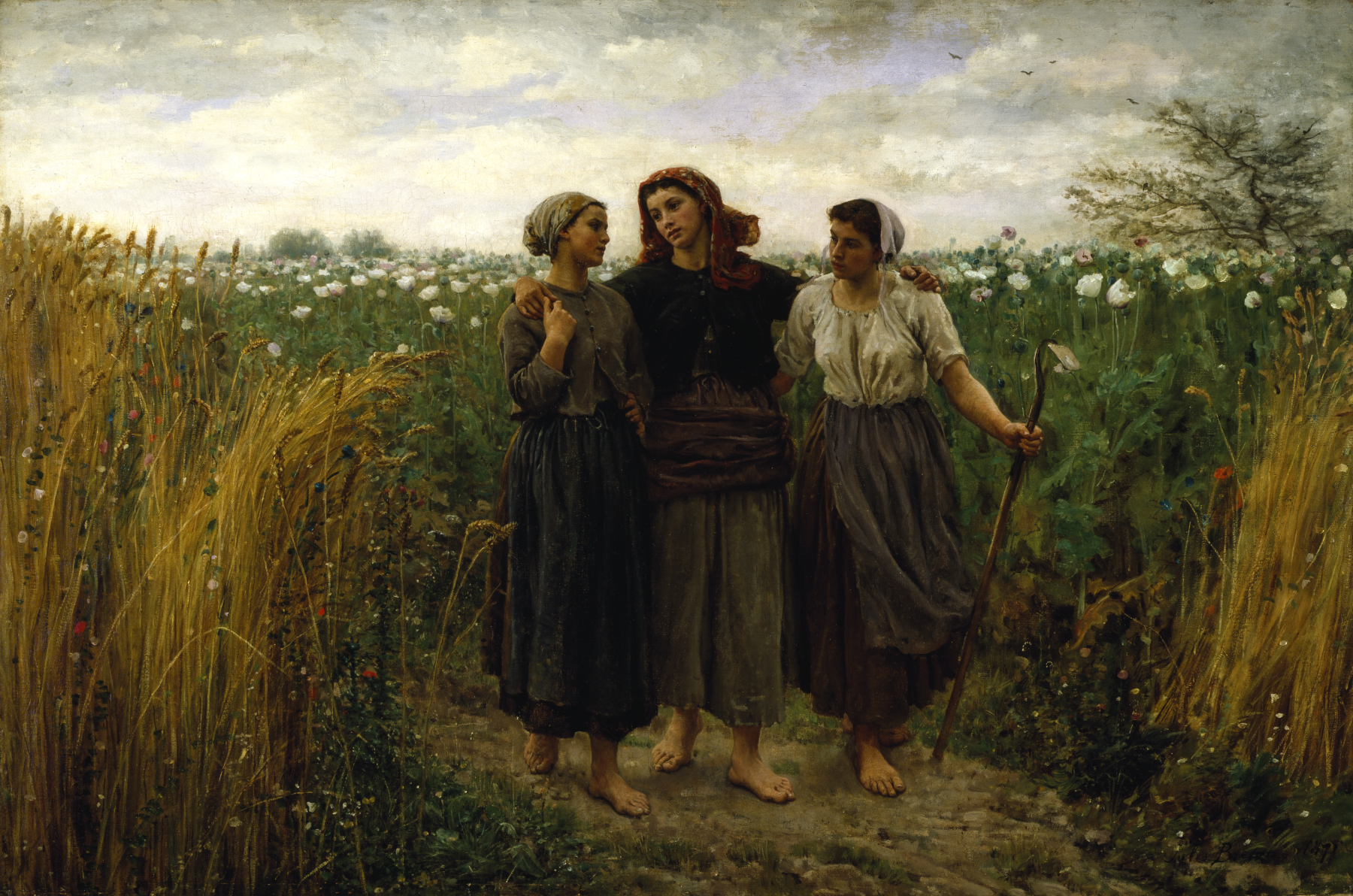 Thomas Hardy published Far From the Madding Crowd in 1874 and Tess of the D’Urbervilles in 1891, a period when industry had come to England and was fast looming on rural horizons. But his novels are atypical to our common associations with Victorian literature—without manor houses or foggy London streets—as most of them take place in the pastures of Wessex, a semi-fictional region of England that was once a medieval Anglo-Saxon kingdom. Hardy wrote two of my favorite heroines in British literature, women I admire at the same time I disagree with them. He allows them to enact their own liberation with a range of consequences, but I tend not to read any of their downfalls as revenge plots. Instead, I see a writer who admired women for their flaws and ambition, but who was realistic about how they suffered at the hands of the irresponsible and capricious men around them.

A common theme in Hardy’s novels is the conflict between nature and society, between instinct and intellect. Both Bathsheba Everdene, the heroine of Far From the Madding Crowd, and Tess Durbeyfield, of Tess of the D’Urbervilles, are endowed with a sense of womanhood they redefine in a time and place where their options were limited. Notably, both are children of nature, Eve-like in their sensibilities, untamed undines connected to the land they work and the region where they live. Bathsheba Everdene “simply observed herself as a fair product of Nature in a feminine direction,” and Tess is called a “Daughter of Nature,” or “Artemis” or “Demeter,” after Greek goddesses of the harvest and wildness. But Hardy, in my reading, does more than act as a spokesman for disgraced maidens. He does not idealize these women as much as he humanizes their ambitions, the intensity of their feelings, their fancies and passions. Through both Bathsheba and Tess, Hardy writes intelligent women who work hard and write their own rulebooks.

Bathsheba, an educated and spirited woman, inherits a farm and becomes its mistress and manager, something that most characters seem to have a hard time accepting. Bathsheba tells her staff on the farm that she will work hard: “I shall be up before you are awake; I shall be afield before you are up; and I shall have breakfasted before you are afield.” She knows enough of the world to realize she must work twice as hard for half the credit, and yet still would rather make her own way than have a husband make it for her. Tess, much less well off than Bathsheba, is nevertheless more educated than others of her social standing, and although she must forgo continuing school, becoming pregnant after a rape, she learns new trades to earn enough to get by. Here Hardy seems caught between Victorian ideals and feminist ones—Tess’s fate is sealed and her dreams of an education dashed. What cannot be changed must be embraced, her instinct to care for her sick baby greater than her desire to conform to social conventions.

Hardy is often credited with writing his heroines as models of the New Woman, a term coined to describe intelligent, emancipated, self-supporting, and educated women. As such, Hardy’s heroines have little interest in marriage unless based on mutual respect and equality. Bathsheba has little interest in marrying for the sake of conventions, and tells Gabriel, her shepherd and confidant, “I hate to be thought men’s property in that way—though possibly I shall be had some day.” Likewise, when Alec D’Urberville, Tess’s cousin and adversary, asks Tess to marry him and make him “a self respecting man,” she replies, “You know I have no affection for you […] I love somebody else.” While Hardy allows Bathsheba, but not Tess, a happy ending, he makes it clear that both women would rather forgo marriage altogether than be trapped by it purely for appearances or convention.

Hardy also holds motherhood to the light and examines its various implications and oppressions in his heroines’ lives. He describes Bathsheba, near the novel’s end, as “the stuff of which great men’s mothers are made. She was indispensable to high generation, feared at tea-parties, hated in shops, and loved at crisis.” It takes character, in other words, and not simply womanhood, to be a great mother. Society punishes Tess for her own baby, born out of wedlock, but her author draws her sympathetically. Tess feeds her child in her breaks from working, makes sure he is baptized before he dies, and arranges as Christian a burial as she can. In Hardy’s view, there can’t be a future for these mothers when Victorians named a woman’s worth by the children they bore and raised.

Hardy wasn’t an avowed feminist, although he was married to a suffragist, but he did spend his career writing independent women treated abysmally by a society that wanted women to remain quiet and small. In so many ways, Bathsheba Everdene and Tess Durbeyfield are wildly different women. Bathsheba is autonomous where Tess is passive, Bathsheba rich where Tess is poor. Both model the ways upbringing and education, hard work and marriage, influence women’s lives. And both pay dearly when they dare to make their own rules for their lives. Neither Bathsheba in her darkest moments, nor Tess in the novel’s tragic ending, buck the hope of progress in their corners of the world. True to his meliorist beliefs, Hardy seems to hold out for a better society, one that allows women to improve their lots.

Tags:Far From the Madding Crowd, Tess of the D'Urbervilles, Thomas Hardy, Victorian literature