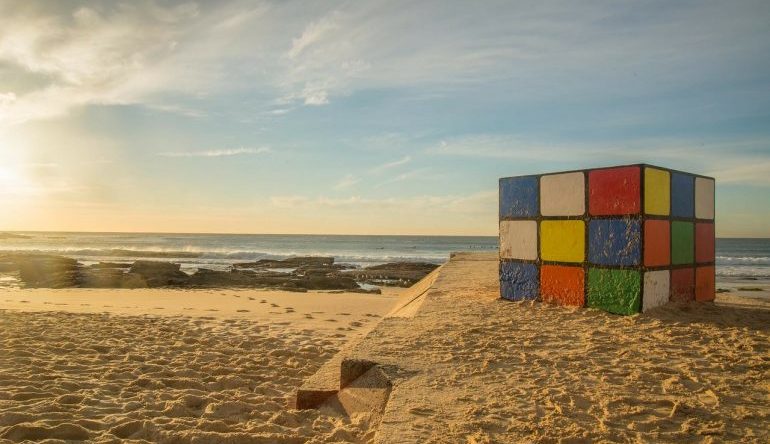 How would an onlooker have described the scene at the 2nd hole of the golf course I played on during the summer after high school? The tee overlooked the pin far below, nearly a vertical drop, and way in the left-hand distance were mountains that looked serrated down the middle. It all seemed to converge at once: my future looming large, big mountains, plate tectonics, the years and years, the 9 iron or the pitching wedge?, my own small and un-forever life. My friends were rummaging in their bags as I tried to keep my heartbeat quiet. Those mountains could’ve killed me. This is how the 2nd hole felt to me.

This was Joan Didion’s reason for keeping a notebook, to record “how it felt to me.” The mountains that could have taken the onlooker’s breath away to me were dark and devoid of majesty. This is differential construal: how we judge life’s circumstances differently. That afternoon I was at the losing end of it.

Who’s to say whose construal’s right? Maybe the relentless hunger and filth of Angela’s Ashes was really how Frank McCourt’s poverty felt to him, though it didn’t feel as grim to Angela, his mother, herself. Toward the end of her life in 1981, before Angela’s Ashes was published, legend has it that she stood up at one of McCourt’s public readings of an earlier memoir and shouted, “It didn’t happen that way. It’s all a pack of lies.” There also exists a picture of Angela “whose plump figure would appear to belie McCourt’s claims” of such hunger and filth. How it feels to me gets tricky with memoir: an author’s exaggerated feeling can wound others’. But writers have only their memories and language, and sometimes only their language. Memory can grow or shrink with the words the writer grapples with to access it.

Such individual difference in how we construe the world is beautiful, or ought to be. Audre Lorde believed we should “develop tools for using human difference as a springboard for creative change within our lives.” The goal should not be to homogenize our thinking. Let’s hope that all people in positions of power – big tyrants, editors, anyone holding a weapon – will brand this onto their mission statements, then brand that onto their bodies.

Our “reason” is prone to being “unhinged by grief.” This can render mountains out for blood. We’re always getting unhinged by one thing or another, walking around in our own private and continuous pathetic fallacies. The big tyrant’s mantra: This is how it ought to feel. The little tyrant’s: Feel. That is how it ought to be.