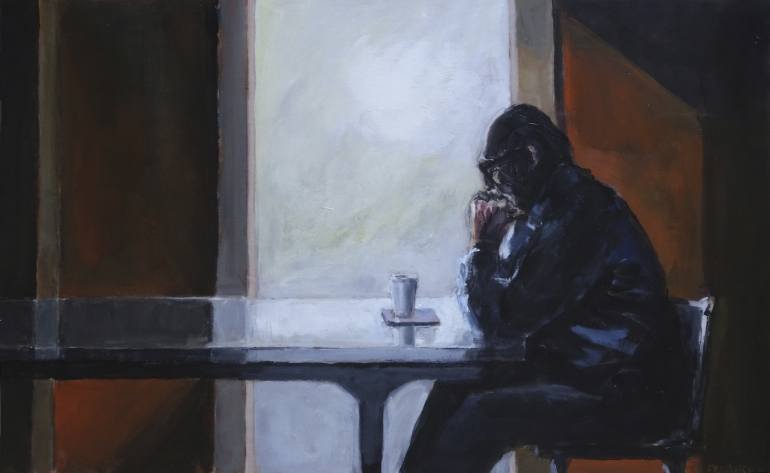 What do we do after something terrible happens? Is there any way to find hope in a world gone dark? Throughout the course of literature, poetry has often been a place for solace, a way to look grief in the face and try to, if not understand it, at least examine it. Recently, I was thinking about three poems which do just this.

Michael Schmeltzer’s poem “Dog Bones” (originally appearing in Superstition Review) begins with the grief of the loss of a pet and twists into a poem about the losses we see coming and still, somehow, can’t predict—like a friend who threatens suicide so often that the speaker no longer believes it will happen, until it does. “I never believed her,” stands as its own line, the guilt on its own, etched out amongst the sadness. Confronting the overwhelming loss of the friend’s mother, at the end of the poem, the speaker leaves. This would seem like a defeat in the face of grief, something that the speaker might look back on later with guilt, and yet locked into the last lines of the poem is a declaration of what one is expected to do when faced with the unimaginable: “That’s what you do / when the unexpected happens. / You embrace it; you move on.”

In contrast, in Nicasio Reed’s poem “The devil riding your back (originally appearing in Liminality) the speaker is faced with destruction, “ten years old when the ocean spat beasts and they/walked the world with strides the size of cities and i hid / i coward-cowered from the noise of it and the dark / until they crouched into mountains,” and seems to bow to it, to give in and become small and insignificant against grief and loss. However, in a beautiful turn in the final stanza, we find out that this is an act, as the child of tragedy is no longer helpless or hopeless: “i am grown and this time i’ll be ready.”

Finally, in Ada Limòn’s “The Leash,” (originally appearing in Poem-a-Day) we get another glimpse at what one might do when faced with the end of the world (whether on a personal or wider scale). The poem begins with scenes of total calamity and a question that many of us might ask ourselves in such situations: “After the birthing of bombs of forks and fear / the frantic automatic weapons unleashed/ the spray of bullets into a crowd holding hands, / that brute sky opening in a slate metal maw/that swallows only the unsayable in each of us, what’s / left?” This seems an unanswerable question: what’s left? And, yet, the speaker seeks to answer it, admitting she doesn’t know, but noting the moments that might make the world still worth fighting for and living in: days with little pain, a dog who runs towards vehicles out of love. “Don’t die” the speaker implores her dog and the reader. A simple declaration that there are beauties out there still, even amongst so much loss. As Limòn writes: “and so maybe / like the dog obedient at my heels, we can walk together / peacefully, at least until the next truck comes.”

While all three of these poems approach grief and disaster in different ways, all three also seek to answer the question of what we do in the face of such terrible things: we move on, we fight, we don’t die.