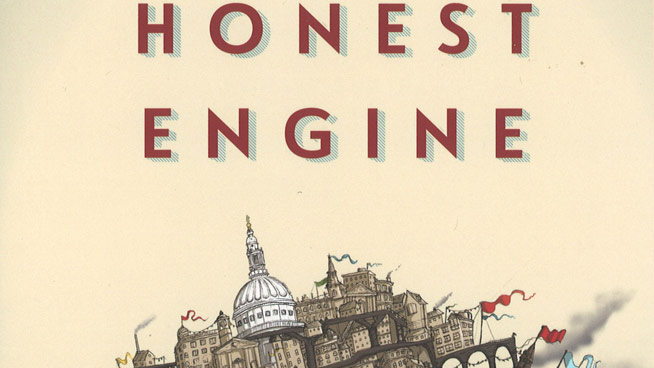 I read Kyle Dargan’s poem “Goliath” the night of the Baltimore riots. I was in Mexico City where the images of the riots made it to the Mexican presses before the story did—Freddie Gray, the police beatings, his snapped spinal cord. The details simply hadn’t been translated yet. But the beautiful thing about a riot, anywhere in the world, is that the literal image always translates. Every single time.

Even my barber who cares about nothing—not even his own kids, not even my hair—knew the real story was about dignity. We talked about that for a long while. And then we finally came to the semi-conclusion that the stakes of any riot is human dignity. Neither of us could articulate that thought further. So, I sat in silence.

I remember, thinking of something to fill the silence, that “Goliath” came to mind. But you quickly learn not to be that guy in the barber shop. You can talk about news or sports or sexy ladies but you can never talk about poetry. Nevermind that “Goliath,” like so much of Dargan’s newest collection, Honest Engine (University of Georgia Press), articulates the seemingly impossible, the incredibly nuanced.

Reading Honest Engine, you can’t help but feel haunted by Dargan’s poems. Haunted in your everyday life, in your personal moments—but also in the collective ones too—watching the news, shooting the breeze with your barber.

growing against our own disbelief

that god would grant a mountain legs

and arms and fists. For we phalanx

men, all our resolve rests in muscle

memory, not in understanding.

The eerie quality of these lines comes from the mixed meanings in the line enjambments. The second line, “growing against our own disbelief,” is itself a dependent clause or a fragment of a dependent clause, depending on whether it’s joined with the third and fourth lines to complete the sentence. If each line is read independently, “our own disbelief” in the second line can be linked either to the subject, “it” (the Goliath), in the first line or “that god” in the third line. The fourth line, “and arms and fists. For we phalanx” makes us as much victims as part of the blood, bone, and muscle of the Goliath—that systematic thing that “teaches us— /how the slurry of our defeated flesh / and bones will lube the clicking/ gears in the earth’s clock core.”

The conflation of Goliath and God is intentional—Dargan warns us that we’re more apart of the systematic violence of the Goliath than we think. We feed the machine if only by our apathy, if only with our own flesh and blood that not only validates the machine, but lubricates it. And it’s in this way that we worship the Goliath—we sacrifice our bodies to it. We let it metastasize. Dargan writes, later in the poem, “We only understand how to aim /our pikes, tense our taxed torsos. /We are the grunts this world needs/ to perish first. A lesson of blood.”

I read these lines and I think of Freddie Gray’s body sacrificed to the metaphorical Goliath: the American policing machine, yes, but also the twenty-four–hour news cycle and all of the advertising money made from broadcasting to the public’s blood-thirsty craving for disaster-porn. Another body sacrificed. Another few bucks to be made from a man of color’s death.

When I say Dargan’s “Goliath” haunts me, I literally mean just that. Like it or not, there are very real economic theories that play into why certain parts of the Goliath grow. There are rationales, entire business models, designed to keep the news cycle and the policing machines afloat. The worrisome components of the Goliath are those that subscribe to the ideology of the Goliath for free. People like us. What do we get out of it? That’s a central question, a scary one, that Dargan’s poem raises among many—what parts of the machine are inextricably us? Inextriciably grunts? To what extent does our apathy or blood-thirst contribute to stripping the dignity of others? And at what point are we the grunt sacrificed next?

I don’t think “Goliath,” like so much of Honest Engine, is a call to arms as much as it is a call to question. As the title would suggest, Honest Engine is an earnest look into the contemporary American condition. It can be highly personal, too, without really seeming confessional. But it’s also so much more. Honest Engine is the big brother who tells you, straight, how it is. It’s the ribald teacher who can inspire you just as easily as she can bring you down. More than that, it’s a book written for people like me—brown men, black men, us grunts waiting to be sacrificed. A letter of sorts. At least it feels that way.