Home
»
Critical Essays
»
In Through the Out Door 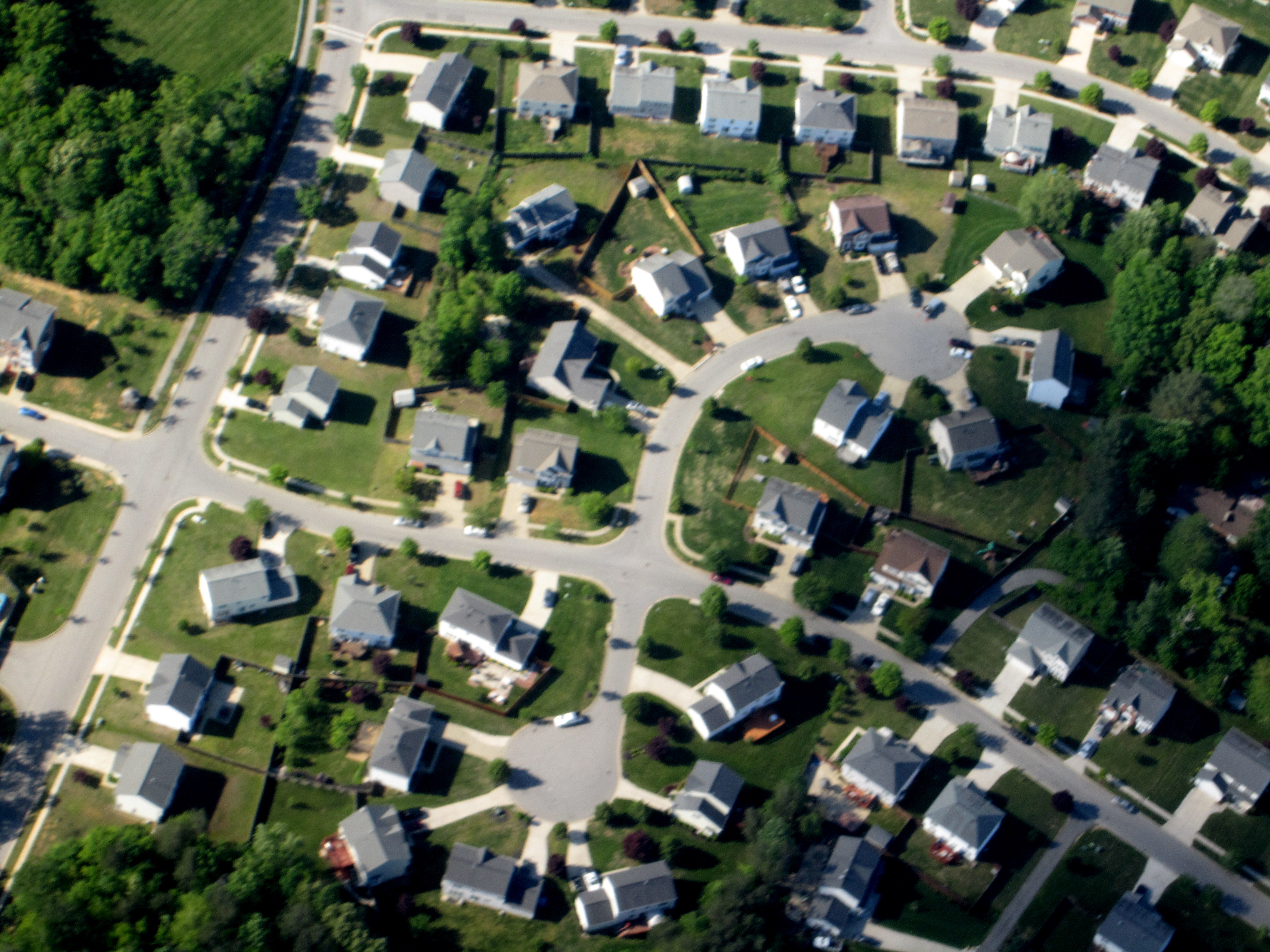 Many of us who grew up in middle-class America did so on a cul-de-sac. Unless we’ve become urban planners, developers, or architects, it’s likely we haven’t reconsidered this engineered environment, save for in moments of nostalgia. Here is a quick and revealing etymology: one Oxford Dictionary definition of cul-de-sac is “a route or course leading nowhere.” Translated from the original French, it was first used as an anatomical term that means “bottom of a sack.” A deeper dive into the cul part reveals its Latin root, culus, which itself reveals its truth to this crude Miami Spanish speaker as a culo. That’s right. The cul-de-sac, that prominent feature of the quintessential American suburb, is, literally, the ass end.

Jason Diamond, the author of Sprawl: Reconsidering the Weird American Suburbs, out last month, made his earliest memories on a cul-de-sac: “Parties, the sky-blue wallpaper with clouds and rainbows on it in my bedroom, my dog, and my parents fighting,” he writes of his first home in Buffalo Grove, a village in the northwest suburbs of Chicago. It’s a description that starts nice but closes with a bleak image. Diamond’s book is a supremely researched taxonomy of the American suburb, but at its heart Sprawl is about what this image demonstrates: beginnings and endings. The cul-de-sac in this context is the proverbial dead end, but it can also be where we begin.

When I say “we,” I’m referring to those of us who are not unlike the author himself. “My story really isn’t that different from the stories of countless other Generation X and millennial kids,” he writes, “and all these years later, I can perfectly picture that drive through the sprawl, and it serves as a symbol of when I decided I needed to get away. Every person who wants to get out of or starts to despise the suburbs has their reasons.” We moved out of the suburbs and into cities, according to Richard Florida. If it’s not clear yet that we are the audience for Diamond’s suburban swan song, then a catalog of his sundry cultural references should seal the deal. He mentions Nirvana, watching John Hughes films, and a phase where he was “your stereotypical angsty, angry, confused fourteen-year-old.” Getting beyond the most popular references, there are the deeper cuts—names like Jane Jacobs, Malvina Reynolds, John Cheever, and William Gibson, and their relevance to the story of suburbia. Each name or work that Diamond refers to is treated with his deft analysis. His cataloging of suburban cultural touchstones is a crucial first step towards having a healthy conversation about the suburbs today because, without this consideration, there can be no reconsideration.

In the lead up to the 2020 election, the suburbs have become a point of focus. It’s worthwhile to examine Sprawl in this context. What is it the President means when he refers to his work in maintaining the Suburban Lifestyle Dream? He’s bragging about ending Obama-era fair housing policies that were meant to desegregate suburbs, but his subtext is an appeal to the wealthy suburbanites carrying the torch of the timeless practice of exclusion. That a cul-de-sac has only one point of ingress and egress is by design. Suburbs advertised themselves as places where the flow of traffic would be controlled. Throughout his book, Diamond takes us on a journey to suburban developments around the country. One such place is Roland Park, a suburb of Baltimore, of which Diamond writes, “Using deed restrictions to keep ‘undesirable’ people out, it was originally sold as safe and upscale because only white people could live there.”

I grew up on a cul-de-sac in Miami; for all its banana republic machinations, my city has found itself on the vanguard at times. As an international port, it’s always been diverse. Despite this multicultural heritage, I must admit that, when Diamond writes, “Sure, we had a neighbor who had lived on the street since the fifties and constantly referred to his Jewish, Chinese, and Hispanic neighbors as ‘you people,’” I identified with that in a big way. Our next-door neighbors were the Bell family. I can’t say for sure, but I imagine that Ma’ Bell, as we called her, pronounced the name of the city as Mi-Amuh. When we’d ring her doorbell and dash, she’d come out into the driveway with a shotgun. Her archetypal bully son, Timmy, used to snigger as he hit tennis balls at my brother and me. In those days, the Katz family were some of the only first-generation immigrants on the block. Today, that same cul-de-sac is majority Latino.

Trump’s big bet on the suburbs may be a risky one, but it’s no surprise he’s after them. According to Diamond, “Today, over half of all Americans, 55 percent according to one Pew study, live in the suburbs.” Elections are decided there. While we repopulate the cities, an entire world is going in through the out door of cul-de-sacs around the country. Diamond writes, “We try to pigeonhole suburbia, act like it’s a great big boring monolith of conformity and tract housing, but there’s so much more to it than that, and we need to understand it better. Otherwise, I believe the things we consider to be true about the suburbs, the fears and misconceptions we have about these places, will overtake us.” This is the tension that the President preys on, the fear he bets on.

Perhaps in an effort to bridge the divide between village and metropolis, or perhaps to recollect some bit of lost youth, Diamond began seeking refuge outside of the city. “Around 2016,” he writes, “I started stealing away to places not unlike the boring suburban stores and chain restaurants I mindlessly frequented growing up.” I often find myself doing the same. First, I tell myself that I’d never leave the city and remind myself of suburban ennui, and then I get in the car and go to my old cul-de-sac. It’s gated off, so if I have the time, I’ll wait for somebody to pull up and then follow them in. This reflection on where we were brought up might explain the success of food writing about Olive Garden and an entire literary magazine inspired by Taco Bell.

Those statistics supporting the narrative of millennials moving to the city, then? It was once thought they heralded the cul-de-sacking of the suburbs. But, Diamond observes, “In 2016, after over five years of the opposite, the suburbs once again started beating cities in terms of growth, according to census statistics. And why not? All the good big cities are being populated by people with money; doctors, lawyers, people in tech or finance and other white-collar jobs are the ones that can afford places they may not have ventured into decades ago.” It seems that maybe there is no longer a city/suburb binary wherein a certain set of people lived in one place or the other. Millennials who can afford homes are moving back to the ’burbs and suburban dwellers seeking higher pay in the cities are acclimating to high-rise living. Housing affordability will be an issue in both environments. The monolithic views of these places that Diamond is trying to address in Sprawl leaves no room for reconsideration. Adherence to these views will maintain the separation not between these places, but between people.