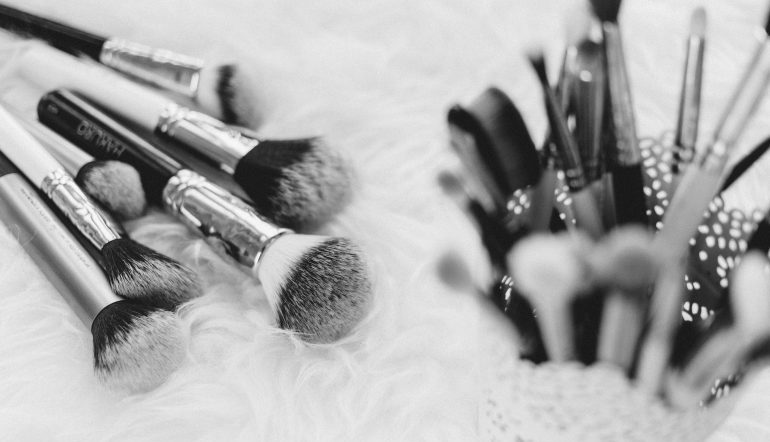 “I’ve become my mother.” Whether uttered on TV or in real life, this phrase often carries with it a hint of disgust or shock. But why does the comparison so stereotypically come as a surprise? Family is often who we’re surrounded and influenced by in our formative years, so it only makes sense that we would resemble them in some way later on in life. Janelle Greco seems to agree: in “The Makeover,” a piece of flash fiction published by Hobart, she captures the lives of three generations, exploring the way familial gender roles are passed on.

The reader is dropped into a family’s home right after they’ve finished dinner. The narrator explains that this is the time the women of the family usually clear the dishes and load them into the dishwasher while the men “are slouched in their seats and talking about the price of wood or how you can get an entire bag of shellfish at Costco.” The scene and the way the narrator recounts it give the reader the distinct impression that the tasks of the genders are fixed, and if we were to pop into this house any old day after dinner we’d stumble upon a very similar scene.

Right on cue, the mother of the family makes a face that signals it’s time for the narrator to come and help with the dishes. The narrator, though, doesn’t want to do the dishes. Before she has to either give in or disrupt the routine of the household, however, her nieces ask if they can give her a makeover. She’s been saved. “And so I leave the pastry-crusted forks, and no one minds now because I should watch the children. I should contribute. Mind the store a bit. Give everybody a break.” The word “should” here is key, indicating another wide-held belief in this family. The narrator may not have gotten out of dish duty so easily if she had wanted to remain sitting around the table, discussing wood stoves and bargain seafood.

The nieces are young—too young to read glossy beauty magazines. So when the narrator makes a joke about Vogue one of the nieces responds, “Never heard of her.” At first it’s great to think of these two girls as unaffected, free of the beauty standards imposed on women by mainstream media and advertising. But even though the nieces may have never read Marie Claire or watched tutorials on how to contour their faces, the idea that they’re unaffected by the historical role of makeup in a woman’s life is debunked by their actions. It soon becomes clear that they have learned about makeup from somewhere. Even if they smudge the lipstick and put too much blush on the narrator’s cheeks, they know that makeup is supposed to make you “beautiful,” and when the nieces start to do their own makeup, “[t]hey lean as close to the mirror as possible; they make small O’s with their mouths and gently color them in.” This posture for doing lipstick evokes an archetypal image of a woman putting on lipstick. But it’s not a behavior that human beings are born knowing, nor is it a genetically inherited trait. This posture is learned.

While it’s clear that the author is using the scene of a makeover to draw similarities between the three generations of women in this family, there are also differences that are just as important to notice. “My mom is always saying that well-done makeup means no one can tell you’re wearing any, but my nieces don’t believe that. They firmly believe that you should be able to see the outcome of their work, that your face should serve as a record that something happened.” Where the narrator’s mother views makeup as a way to cover imperfections, the nieces don’t seem all that worried about creating the illusion of a clear complexion or well-defined eyebrows. They see makeup as a form of expression, entertainment, and as a way to have fun with their aunt. At one point in the makeover process, one of them even whispers to the other, “It doesn’t have to be perfect.”

It’s interesting to note here that all commentary being drawn from this piece is from the reader. The narrator notices patterns, sure, but doesn’t do any analysis on them. She’s reporting what’s happening, living in the moment, and, well, she seems to be enjoying herself.

That’s where the power of this story comes from: the reader is challenged to read this scene in two frames of mind at once. One being that this is a story that brings to light the way traditional gender roles are embedded into a family, passed down from generation to generation. But on the other hand, this scene is a really lovely moment between an aunt and her nieces. They’re having fun, being silly. It’s almost blissful. And who are we to take that away from them?