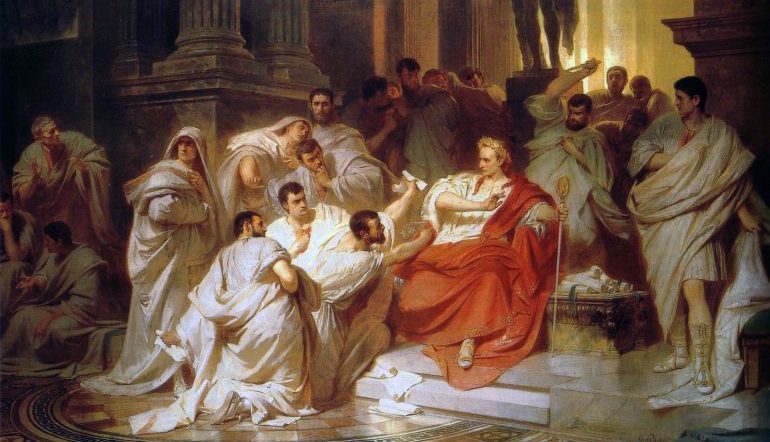 Conspiracies, plots, and coups have been a part of political intrigue for centuries, from the murder of Julius Caesar to the upheavals that occurred in the wake of the French Revolution. Over the last several years, however, conspiracy theories—particularly politically and ideologically-based ones—have seemingly taken on new life via their quick dissemination through social media. A recent New York Times article, for example, pointed out the tendency of YouTube’s algorithm to push viewers towards increasingly extremist material; The Atlantic published an article that included similar findings last year. Yet while YouTube and other social media platforms have become the entry point for many who become conspiracy theory defenders, the use of media to propagate conspiratorial ideas is itself not novel—a fact explored by Thomas Milan Konda in his new book, Conspiracies of Conspiracies: How Delusions Have Overrun America.

Konda describes conspiracy theories as being dualistic in nature, with meaning inscribed through patternicity and agenticity—conspiracy theorists tend to simplify the historical record based on certain patterns, and they tend to see an agent (usually an organization or shadow group) causing these events to happen. Thus, in order for a theory to be properly conspiratorial, there must be a simplistic dualism that relies on a retrospective look at historical events and disparate facts to form a specific narrative. Importantly, the struggles depicted by nearly all conspiracy theories are Manichean in that the shadowy forces that the conspiracy theorists fight against are depicted as “evil incarnate” and superhuman in both their power and reach. The fight is therefore not simply between two groups with differing ideological leanings; the cosmology of the conspiracy theorist is very often deeply morally and effectively charged, seeing their work as a true battle between primal good versus primal evil.

Narrative is therefore part and parcel of the conspiracy theory genre, a key element that determines whether a theory ultimately sticks and proliferates over decades or whether it peters out into obscurity. One of the most significant examples of the impact of narrative on conspiracy theories as a whole is The Protocols of the Learned Elders of Zion. The Protocols is the text that forms the base for the majority of anti-Semitic conspiracy theories that remain prominent to this day, such as the “finance-based secret government” and the “Hidden Hand” conspiracies.  The Protocols lays out the plan for global Jewish domination through control of finance and media and has been directly referenced by conspiracy theorists, governmental figures, and even politicians as recently as the mid-twentieth century. The text’s legitimacy, however, has been debunked numerous times.

Konda spends a significant amount of time exploring the origin of The Protocols, providing an alarming example of how a conspiracy theory is crafted and shifts through various historical moments. The Protocols itself is a text cobbled together from a number of different sources that date from the mid-1800s; some pieces are scenes taken directly from novels, while others are lifted from pseudo-historical writings on Jewish mysticism. These disparate source elements were eventually collected in pamphlets that were wholly divorced from their original sources. As a result, by the late 1880s, The Protocols was considered to be a genuine text. It was eventually used as Russian propaganda to blame the Russian Revolution on Jewish people. Likewise, Konda cites a number of speeches by American politicians given throughout the 1920s and 30s who directly reference The Protocols, using it to show how current events aligned with the supposed Jewish plot outlined in the text.

Though The Protocols has been proven fake numerous times, the impact of the text lingers in the countless conspiracy theories it has spawned and in the violence that adherents to these theories commit based on their views of the world. As such, The Protocols also serves as a good example of how conspiracy narratives morph over time. The conspiracy theory laid out in The Protocols is explicitly anti-Semitic, yet it spawned a number of conspiracy theories that are less so. Rather than claiming a conspiracy of Jewish hegemony, for example, global domination conspiracies have in more recent times been based on more vague “shadow organizations.” Although the anti-Semitism folded into these theories has occasionally been toned down or replaced by another era-specific boogeyman (such as communists during the Cold War), the ideas and fears that the theories are built on never truly disappear.

It becomes clear throughout Konda’s book that for conspiracy theories like these to exist over time, narrative fluidity needs to be a rhetorical move that theorists repeatedly return to. He writes: “Once the impetus behind a conspiracy is established as a long-standing shadowy force, it becomes easy to attribute other suspicious actions to it, giving the theory permanence and expanding its scope. Once the initial leap is accepted, other claims can be accepted as well, even if they are clearly based on nothing more than a visceral emotion.” A conspiracy theory could therefore snowball over time to encompass the anxieties of the moment while still maintaining its boilerplate us-versus-them mentality. Konda goes on to write that “the disembodied ‘they’ has long been a popular identifying trait of conspiracism. It is difficult to determine exactly when ‘they’ shifted from a reputable pronoun to a vague substitute for identifiable people.” Using the vague they provides a rhetorical backdoor for conspiracy theorists; not only does it keep a theory aligned with current anxieties (with they conveniently replacing Jewish people, Catholics, Communists, immigrants, Muslims, and so on), but it also allows for a sort of dog-whistle effect. For any uninitiated readers, they could mean anyone and, therefore, no one in particular. But, for adherents to a theory, they usually represents a specific group of people. A similar approach has been taken by the alt-right in its use of memes to spread problematic ideas, giving participants cover behind the guise of a “joke.” Gesturing towards something—like the use of bankers or international financiers as a stand-in for “Jewish people” during the nineteenth and twentieth century—is, as Konda shows, one of the oldest tricks in the book.

One of the strongest aspects of Konda’s book is the sheer number of examples he draws from to illustrate the ways that certain conspiracy theories are spread across centuries, with their prominence ebbing and flowing depending on the era. Although there are moments in the book where the volume of quotes and source material can feel overwhelming for readers, his objective and academic approach ultimately demystifies elements of alt-right media that, for many, seemed to come out of nowhere during the 2016 presidential election. By weaving historical literature with contemporary studies, Konda is able to draw clear connections between the past and the present.

Though Konda notes a recent sharp increase in the consumption of conspiracy theories and is concerned by it, the book offers insightful context for why the United States has become as obsessed with conspiracy theories as it is. Konda also manages to present the more horrific and problematic (and wholly nonsensical) theories to readers in good faith—he explains the psychology behind these theories and provides historical context for them, while never shying away from stating that they are incoherent and completely unfounded. This approach prompts the reader to delve deeper into how these theories function, while meaningfully considering who tends to fall into these worldviews and why.

Konda is also brutally honest about how deep-seated many troubling ideologies within American culture are. There is a danger in dismissing these ideas outright or pretending they do not exist, so understanding the history of these worldviews is imperative. The current political climate has shown that there is much at stake in the stories we tell ourselves about how the world works—there is always the threat that the theories themselves will spill over into action.