Home
»
Reading
»
On Kindness and Barbarians 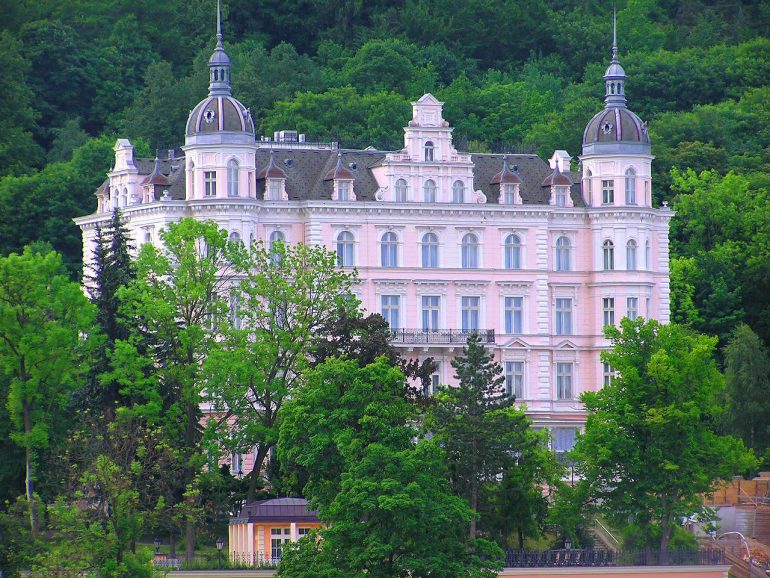 . . . people at the periphery will travel to accept and even love things not made for or toward them: we have been trained to do so our entire lives.”
~Claire Vaye Watkins

Wes Anderson fan that I am, I began reading Zweig to find what had inspired The Grand Budapest Hotel. In the film, the elegant and notorious concierge Monsieur Gustave takes Zero, a refugee, under his wing as lobby boy. While the film is set in several time periods, the primary story of Gustave and Zero takes place in 1930s Europe in a fictional part of the Austro-Hungarian empire. Film critic Michael Sicinski writes in Cineaste that the hotel is “a beacon of luxury and civility in a world poised on the brink of war, just about to topple into barbarism heretofore unknown.”

Having attended some interviews with Anderson in which people mostly seemed to like to say “SVEIG!!” (it is catchy), I realized that he had done something very different with this film. I remember a lot of backhanded praise of Grand Budapest being Anderson’s most “mature” film. Given that civility is a thread running through much of Anderson’s work–in addition to questions of what makes a father, a mother, a family, a friend–I tend to view all of his work as “mature.” When I picked up Zweig’s Fantastic Night: Tales of Longing and Liberation, I didn’t really know what I’d find. What was the quality that had made Anderson’s film supposedly more grown up?

Zweig’s stories have a tone from his time, and many of them seemed to me almost familiar, in that anyone who’s read a lot of modernists might find them familiar. But one story in particular did something stories rarely make me do: it made me cry.

“Incident on Lake Geneva” takes place in 1918: a fisherman finds a Russian naked and near-drowned, having tried to swim across Lake Geneva. An entire resort town tries to comfort the man, but no one can understand his language. When a hotel manager is able to communicate with the Russian, the people learn that the man deserted the Russian army; he thought he was swimming home. Zweig describes the deserter as “human catch,” “the wild man,” like a “monkey,” and naive:

. . . it was soon obvious that the man was uneducated to a degree scarcely comprehensible to Westerners. All he knew about himself was his own first name of Boris, and he was able to give only the most confused accounts of his native village . . . he used the word serfs although serfdom had been abolished long ago.

When the man’s fate is discussed by the resort-goers, he stands “dull-eyed . . . hunching his shoulders.”

On my first reading of this story, my heart broke at the man’s simplistic world view: he wants nothing but to go home and cannot see why any decent person would object to allowing him to get there. But the hotel manager tries to explain that the Russian will not be allowed to cross borders until after the war, and the Tsar he was fighting for has since been deposed. The Russian does not understand the concepts of “border” or “deposed.” The highest power known to him gone, the Russian loses hope and drowns himself. What kind of a world keeps fathers from their families because of a little thing like a border? Cue the tears.

Recently, when I turned back to the story, I couldn’t help but notice how different the Russian seems from the resort characters, perhaps also from Zweig’s intended audience. Though the people on Lake Geneva try to comfort the Russian with clothing, shelter, cash, and even “confectionery,” they only cause him to feel shame. Zweig’s own adjectives seem to add to the heap of shame on the Russian’s shoulders. What was Zweig trying to tell us about humanity?

Though Zweig’s stories often celebrate civilized, urbane people much like the people at the resort on Lake Geneva, the contrast of the Russian complicates the question of who–or what–is at stake. Is humanity held by those resort-goers condescendingly handing confectionery to the Russian, a monkey-like man? Or is it the Russian who is more human, owing to his inability to live with the absurdity of civilization?

The story seems to be recognizing the barbarity inherent in Zweig’s own civilization; the heartbreak does not just belong to the lost, desperate Russian. Zweig survived two world wars but could not survive losing an entire civilization. He tried his best to preserve it in literature, and then he and his wife committed double-suicide.

The nostalgia for a lost world permeates The Grand Budapest Hotel, but additionally, Gustave’s assumptions about Zero’s background are much like those Zweig’s story makes about the Russian. The film is perhaps most American in that Zero gets to assert his individuality by challenging Gustave’s assumptions. This begins with Gustave’s almost accidental defense of Zero from some Nazis, to whom he cries, “You can’t arrest him just because he’s a bloody immigrant!” Later, Zero explains how he came to be a refugee. In 2014, this seemed to me like a film nostalgic for a lost Europe. In 2017, it is starting to seem like something else.

One of the more comic elements in the film is a secret order of hotel concierges, who operate almost as an order of uniformed heroes, often saving the day behind the scenes. Beyond a secret set of crossed keys, they share M. Gustave’s famous cologne, L’air de Panache. I have not been able to get my hands on a sample of L’air de Panache, which is made by Nose, in Paris–a place I am not going to be able to go any time soon. But I have picked up a bottle of Eight & Bob, a cologne that seems straight out of Gustave’s secret order. The cologne was made before the Second World War for a young Jack Kennedy by a sassy Frenchman named Fouquet: “According to Eight & Bob lore, Fouquet left a fragrance sample at JFK’s hotel with a note that said, ‘In this jar, you will find the dash of French glamour that your American personality lacks.'”

During the war, Fouquet’s butler carried on the cologne line by hiding bottles in books and shipping them that way to escape Nazi detection. The family of the butler has again begun production, carefully guarding the scent’s ingredients as a secret.

Though personality can hardly be bottled, I do not doubt the scent of a lost world can be preserved in a book. Let’s hope that’s not the only place we’ll be able to find civilization in the future.