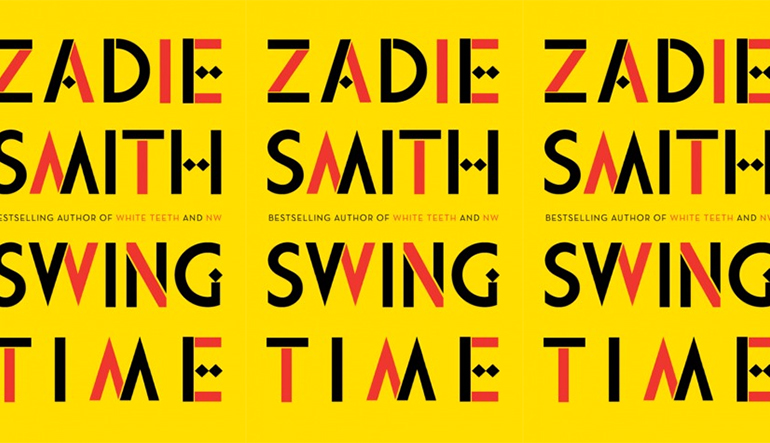 In an interview with Slate, Zadie Smith shares one of the important lessons she’s learned since publishing her first book, White Teeth, at the age of 24:

It’s just as you get older it becomes more and more obvious to you that life is not a perfect art… You have to be continually reclaimed, restarted, reargued.

And perhaps this is what Swing Time accomplishes, and what her unnamed protagonist wants: some form of reclamation, away from suburbs of Northwest London and toward Africa and the reclamation of a culture, where black bodies and black music matter. The title of Zadie Smith’s new novel is not only a reference to the jazz era, the era of movement and bodies, but also the erratic back-and-forth between eras in the novel as memory unravels: from adolescence, to adulthood, back to adolescence and so on; from London to New York to West Africa, and the teenage years in between. The result is a stunning piece of contemporary work, musical in pace. Reading it is like following a be-bop solo: perhaps the musician has no plan moving forward, no linear scaffolding, but we’ll do as Jeffrey Eugenides did and live inside its “shadow world” for as long as we can.

Because each chapter jumps through time and space, summarizing plot is difficult. Smith once described herself as a Micro Manager when it came to writing novels: overarching structures were unnecessary, as long as the novel was crafted, sentence by sentence, much like a house, “floor by floor, discretely and in its entirety.” Swing Time is Smith’s first novel in the first person (much hullaballoo already exists surrounding this). Her protagonist remains unnamed. The narrator’s childhood friend, Tracey, acts in frequent opposition to the protagonist. Both are talented artists—Tracey at dance, the narrator at singing and intellectual feats. From the end of adolescence to the end of the novel, Tracey skates in and out of the protagonist’s life, often as an uncomfortable and unwanted refrain from her past or sometimes an anchor to their shared history, the only time when she thinks of her oft-absent father. Tracey is a frequent force of opposition, a source of tension, a Costello to the narrator’s Abbott.

James Woods once prescribed White Teeth as a novel in the tradition of “hysterical realism”. While Smith undoubtedly continues to be a fan of the genre, Swing Time clearly marks the beginning of a new era in Smith’s fiction. Not that Swing Time isn’t funny—because it is—but not in the same wild way we’ve come to expect. The language itself is rather calm, carefully edited, and rather plain or serious or beautiful (or all three).  Smith gifts us “the ambient noise of the contemporary,” as she calls it in an essay about David Foster Wallace’s fiction. In a novel about history, about generations, reading Swing Time is like suddenly remembering a song you used to love.

Spencer Ruchti is an Editorial Assistant at Boston Review. He grew up in Pocatello, Idaho and earned his undergraduate degree at the University of Montana.