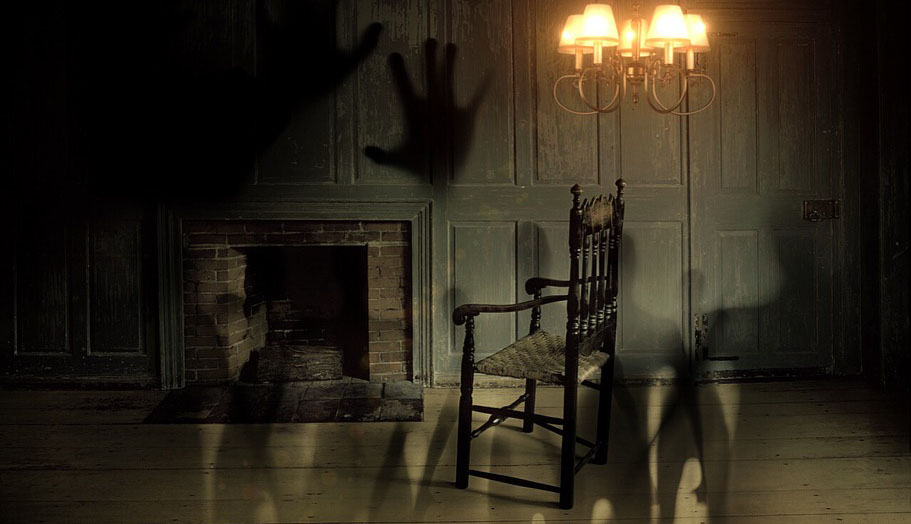 What scares you? is a personal question, I’ve always thought. Fear is a universal emotion, a rhetorical choice in arguments that we can all connect to, and we all find connections to the fears that most everyone shares: isolation, the unknown, death. However,  it is also extremely individual. A fear of bunnies with their “twitchy little noses” (with all respect to the revenge demon Anya) to a fear of deep water can have some roots inside our own memories and experiences.

As a horror writer and someone who teaches Monster Theory, I think about fear a lot. What can it say about us, individually and on a societal level, and why sometimes we like being scared. It’s this latter question that inspired this post for Halloween (my favorite holiday). I wanted to come up with a list of the scariest short stories I’ve ever read. While I creep myself out quite easily, I rarely get creeped out by movies or books, so I’m keen to acknowledge those works which made me want to pull the covers over my head because the shadow in the corner of the room looked just a little too animated.

Here, then, are seven stories that are creepy enough that you’ll need to keep the lights on.

Sacken by China Mieville (from his collection Three Moments of an Explosion). Many of Mieville’s short stories find their roots in horror and many of them can give you an eerie sense as you read. Sacken, however, continued to give me that eerie, creeping sense of dread long after I’d set the book down. What makes this story so particularly terrifying is how unfair it ultimately seems: unlike so many horror stories where a protagonist makes a mistake and then pays for it, here the characters simply stumble upon the horrific. The individual components of the narrative don’t even seem particularly scary and yet…Each sentence aches with the eerie, until even the reader feels it: “The night was a cold mouth.”

The Specialist’s Hat by Kelly Link (from Stranger Things Happen). There’s a reason this piece rightfully gets on so many best horror/ghost story lists: it’s creepy with a capital C. From the way the reader feels as if they’ve been pulled into a child’s sleepover in some nightmare realm to the rhymes throughout which slowly gain horrific power (a nod to so many folk tales).

The Night Piece by Andre Alexis (from Despair and Other Stories). Usually Alexis’ writing moves me, but this story moved me to turn on all the lights. A dread-filled exercise in the ghosts of the past—in this sense the past being a family’s lore and culture—following one to new places. One of the most interesting, and terrifying, appearances of a soucouyant.

The Pram by Roddy Doyle (from The Deportees and Other Stories). Haha, Doyle’s hilarious, right? WRONG. Well, not wrong in general, but in this case very wrong. Set within the language of fairy tale, the story focuses in on an immigrant au pair, who is treated horribly, and the way she slowly plots her revenge/becomes unhinged.

Crouch End by Stephen King (from Nightmares & Dreamscapes). The idea of a place where things can change just slightly has always creeped me out. King takes it the next level with the slight changes slowly gaining from just being “off” to being truly frightening.

The Crowd by Ray Bradbury. I’d blame this on my own fear of crowds, except that Bradbury also settles on the unsettling aspect of people who are drawn to other people’s suffering. It’s subtle and effective.

Solitary Isle by Koji Suzuki (from Dark Water). This story at time stretches believability and it doesn’t go anyplace one wouldn’t expect and yet the themes of humiliation and violence make this one of Suzuki’s most horrifically unnerving.

Please note that as I said earlier fear is personal. This list is personal, and the works on it might not scare you in the same way that they scare me, but that’s why horror is powerful. When I teach horror, or monsters, I teach it because horror is a way to illuminate the way everyone sees the world, because we all fear something. Horror, at its roots, is about empathy: you’re scared and I feel that same fear so I understand you a little bit more, or I can connect with you in some deeper way than we first imagined. Every fear we explore is another way we seek to see the world a little more clearly.