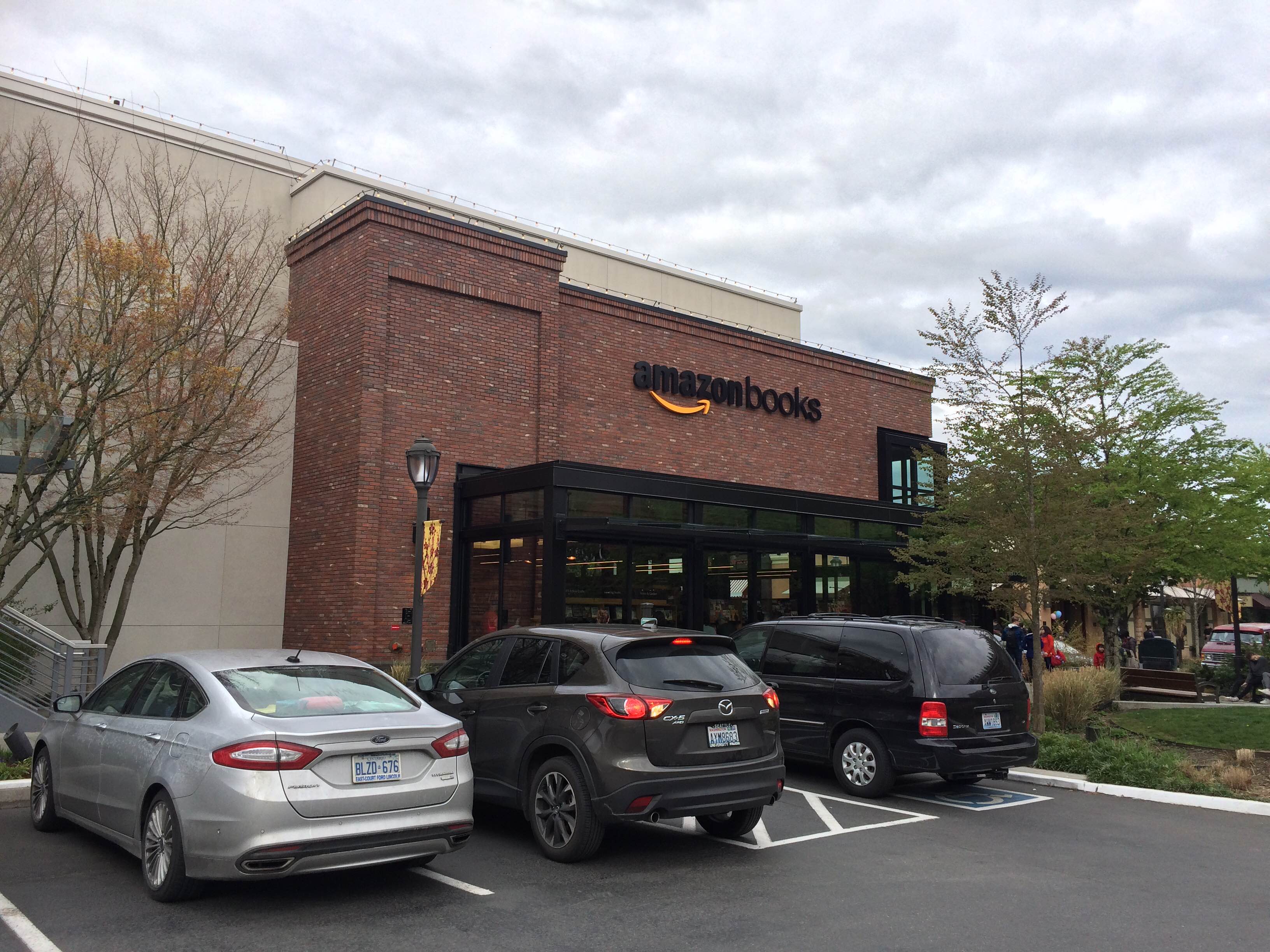 When I was a kid, I loved the Barnes & Noble in Seattle’s University Village. It was one of Barnes & Noble’s flagship stores, at that time the largest bookstore I’d ever seen: forty-six thousand square feet over two floors. I spent hours in its expansive science fiction and fantasy section, ogling the covers and obsessively reading jacket copy, buying books one or two at a time. As an adult, I fell in love with other Northwest bookstores—Third Place Books and the Elliott Bay Book Company in Seattle, Powell’s in Portland, various dusty and labyrinthine used bookstores in Bellingham—but the University Village Barnes & Noble was the first bookstore I ever loved. I didn’t care that it was a chain bookstore or that it was in a tacky shopping center—I was ten, what did I know? When Barnes & Noble failed to renew its lease in 2011, the same year Borders declared bankruptcy and a huge number of independent bookstores across the country closed, it felt like a piece of my childhood was shuttering its doors.

Four years later and just around the corner in the same shopping center, Amazon opened its first physical bookstore, Amazon Books. Like everything Amazon does, the store’s opening in November of last year created huge media buzz. Dustin Kurtz, writing for the New Republic just after Amazon Books opened, called the store “wildly banal” and quipped that “the only thing it disrupts is foot traffic heading toward a Restoration Hardware.” Many wondered why Amazon had bothered. USA Today guessed that the store was a front to get customers acquainted with the brand’s tablet and mobile offerings. In Forbes, Rob Salkowitz theorized that Amazon Books functioned not as a bookstore meant to sell books but as “a laboratory and a showroom where Amazon can demonstrate its solution for blending physical and digital commerce: a solution that undoubtedly lives in Amazon’s cloud.” With the announcement earlier this month of a second store set to open soon in a mall in San Diego, a new wave of thinkpieces and reviews has landed. Geekwire, a Seattle tech news site, published a glowing review of the store, as well as an interview with Jenn Risko of Shelf Awareness, the bookselling trade newsletter that first broke the story of Amazon Books, where she criticizes the store and claims “the independent bookstore experience offers something that Amazon can’t possibly replicate.”

Risko’s comments echo the general sentiment in the literary community: Amazon Books is a corporate shell of a bookstore, its stock determined by algorithms rather than the loving attention of knowledgeable booksellers. As Kurtz writes for the New Republic, “The store is a physical incarnation of a monolithic business of immense wealth… very boring, very safe, in an upscale grey palette kind of way.”

I visited Amazon Books on a Saturday afternoon. The first thing I saw upon entering was a pair of kids playing Lego Star Wars on a huge TV. I walked first through the fiction section, the narrow aisles of which were crowded shoulder-to-shoulder, then circled around the back of the store by the graphic novels (abandoned) and through the electronics section in the middle. The store was cramped, nothing like the airy temples of Apple or Microsoft stores, and there were few seats, nowhere comfortable to curl up with a book. The place seemed preoccupied by technology. The center of the store had no books, but plenty of Kindles, Amazon Fire TV Sticks, and HD TVs. I didn’t hear any booksellers giving recommendations, but I did hear a salesperson walking a customer through the differences between a Kindle Paperwhite and a Kindle Voyage. In the children’s area, where another bookstore might have toys, Amazon Books had tablets wrapped in colorful protective rubber.

Yet most of the shoppers were there to browse the books. With its impersonal corporate vibe and carefully shelved and tagged collection—Amazon shelves all of its books cover out, which leaves less room for stock, and every book is accompanied by a quote from a Goodreads review—Amazon Books felt like the glossiest airport bookstore you’ve ever been in. The selection was eclectic. I found the books you’d expect—bestsellers, prize-winners, non-fiction life improvement, the hot novel of the month—but I also found books that belied the New Republic’s assessment of the store as “very boring, very safe” salted in among the kindles. I found Garth Ennis’s shockingly violent graphic novel Preacher, a cult classic the Goodreads algorithm no doubt selected because of its upcoming television adaptation on AMC. I found local writer Sean Beaudoin’s new collection Welcome Thieves, the launch of which I had just attended a few weeks prior. I found a new title from Neil Strauss, a New York Times best-selling (and famously misogynistic) pickup artist.

I left the store agreeing with Jenn Risko: Amazon Books will never be the hub of an intellectual community the way an independent bookstore can. And yet it doesn’t seem to be trying. Amazon doesn’t want to be a City Lights; it wants to be a Hudson Booksellers. Here, in the shadow of the old flagship Barnes & Noble, is an even more pure expression of books as corporate commodity, as product trotted out just across the aisle from the newest TV streaming device. And Amazon Books is okay with that.