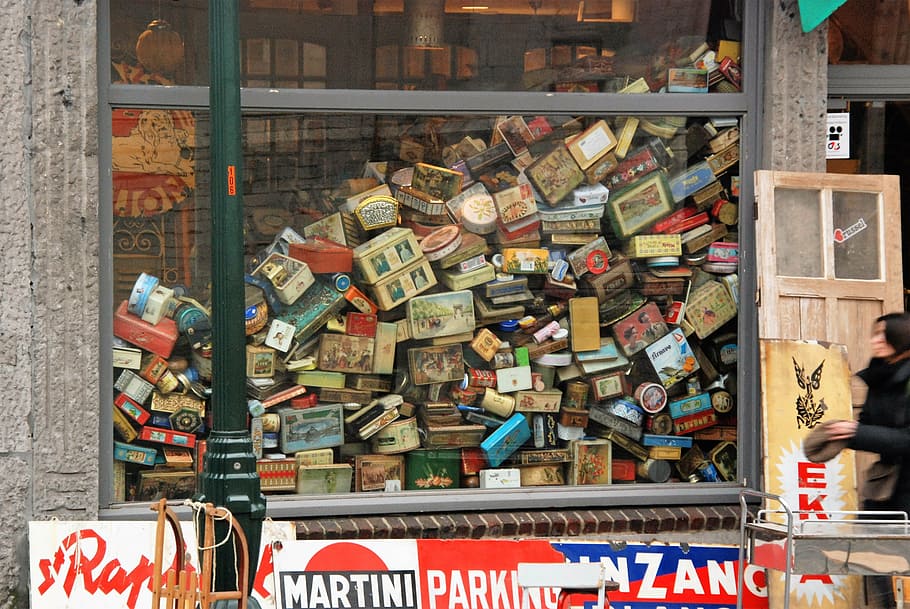 Hiromi Kawakami has gained international prominence through her novels, many of which have been translated into multiple languages and even been adapted to film. One of the hallmarks of Kawakami’s style is her unique approach to character study; while a number of her novels and linked short story collections have interesting premises, the focus of her stories is generally less on plot and more on what readers can learn about her characters. The Nakano Thrift Shop, originally published in 2005 but translated into English by Allison Markin Powell in 2016, exemplifies Kawakami’s handling of character, opening with a charming premise that slowly unfurls into a deep examination of human interaction.

The novel is told from the perspective of Hitomi, one of two part-time staff who work at Mr. Nakano’s shop. Hitomi describes the store as cluttered and chaotic, filled with a collection of items that are previously owned but not necessarily expensive. “With its second-hand goods (not antiques),” Kawakami writes, “Mr. Nakano’s shop was literally filled to overflowing. From Japanese-style dining tables to old electric fans, from air conditioners to table-ware, the shop was crammed with the kind of items found in a typical household from the 1960s and later.” The shop also does “pick ups” for clients: when the head of a family passes away, Nakano and Takeo, the other part-time employee, buy their possessions from the family in bulk to resell at the store. Nakano’s sister, Masayo, an artist who stops by the shop to help out her brother, repeatedly mentions how surprised she is it brings in any money. Overall, there is a banality to the store, highlighted by the fact that there are days when there are few customers at all, leaving Hitomi to her thoughts.

Initially, the shop seems to be the center of the narrative, as Hitomi begins the novel by describing its day-to-day administration, some of the items that make their way into inventory, and its few frequent customers. Readers get a clear picture of the workings of the store. As the novel progresses, however, it becomes increasingly clear that the shop itself is simply the backdrop for what Kawakami is actually interested in: the odd quirks of human interaction.

The shop is a sort of social microcosm for Hitomi: she is a quiet, somewhat awkward loner. Her only social interactions—professional, platonic, and even romantic—happen within the small world created by the shop and those affiliated with it. Nakano and Masayo bring in an array of off-beat characters, whether they are old school friends, past lovers, current flings, or people they meet while out and about. Sometimes these characters bring in items for appraisal, sparking a story into the character’s background for Hitomi, and by extension the reader, to enjoy.

In the chapter titled “Rectangular #2”, for example, a customer, Tadokoro, stops by wanting to sell a few photographs, including some artistic nudes. When Nakano and Masayo later see the photos, while the team eats dinner together, Masayo recounts a story she had heard about Tadokoro, once a teacher, and Sumiko, a girl Masayo had been classmates with, who had run off together. The photos, it turns out, are of Sumiko as an adult. In the end, Tadokoro returns to the shop and decides against selling them, taking the photos back with him in a Rectangular #2 envelope.

“Rectangular #2” is a prime example of the type of unexpected narrative moves Kawakami makes throughout the novel. Although readers expect the photographs to have an interesting backstory that would make them worth selling in Nakano’s shop, the story comes from Masayo, and, ultimately, the photographs don’t even remain in the shop. In a story about a thrift shop, Kawakami chooses to focus on the people who come into contact with the objects, rather than on the objects themselves.

Kawakami makes a similar move in “Paperweight.” Earlier in the novel, Hitomi mentions some of the smaller knick-knacks in the store, including a few ashtrays and paperweights that they keep near the front of the shop. Readers are therefore set up to expect a story stemming from one of these items. Perhaps, like Tadokoro’s photographs, we think, there is a deep memory attached to them that Masayo or Nakano will share. As the chapter progresses, however, there is a startling lack of paperweights. Instead, Hitomi is sent on an errand by Nakano to check on Masayo—he heard that Masayo has a new “live in” boyfriend, Maruyama, and wants to learn more about this new man in his sister’s life. Hitomi balks at the task at first—why can’t a woman in her fifties have a boyfriend?—but she eventually goes to visit Masayo, and the two end up discussing romantic relationships between men and women.

Here, near the very end of the chapter, paperweights suddenly appear. As Hitomi is musing about her own feelings for her coworker, Takeo, Masayo suddenly says, “A paperweight.” Hitomi is taken off guard at the sudden outburst: “Maruyama was like a paperweight. That’s what Masayo said. Don’t you think so, Hitomi? When a man is on top, don’t you ever feel like paper being held down by a paperweight?” After mulling this over, Hitomi seems to grasp what Masayo is saying, “As Masayo said this to me, I recalled the times when I myself had felt like a flimsy piece of paper, being held firmly in place by a paperweight.”

Like “Rectangular #2,” “Paperweight” showcases Kawakami’s ability to play with reader expectation, guiding us towards the way objects—whether real, tangible items held in characters’ hands or the more general and metaphorical—reveal something about how human beings interact with one another. In a chapter titled “Paperweight,” the only paperweights that appear are used to illustrate a point.

Throughout The Nakano Thrift Shop, Kawakami expertly draws readers in, playing off our expectations, subverting them to unpack the complex, often messy, lives of her characters. While there are moments in which the thrift shop setting can feel somewhat arbitrary, Kawakami always manages to tie together people and objects in a way that reveals the human stories behind the things we encounter. There are no bombshells, fast-paced plotlines, or scenes of action here; instead, readers spend time with Hitomi and the thrift store, enjoying the subtle twists that Kawakami weaves throughout.