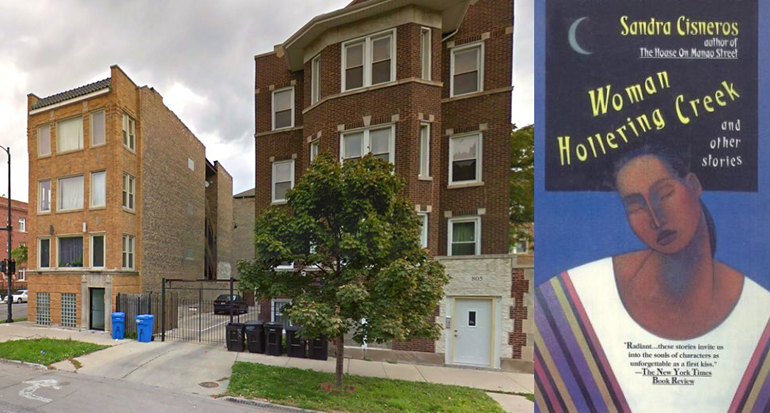 Born in Chicago to Mexican immigrants, Sandra Cisneros occupies a unique place in the American literary canon. Growing up in a migratory cycle of Chicago, to Mexico, and back to the Midwest again, Cisneros’s writing is a reflection of her identity: bilingual, borderless, bold. Chicano literature is a genre of works written by Mexican Americans in the United States. Because it is inextricably linked to the identity of its writers, Chicano literature is most centrally concerned with the Mexican experience in American cities and how these two cultures hold each other in conversation (particularly because of the necessity of translation), showing just how amorphous cultural and literary borders can be.

In 1991, following the meteoric rise of her New York Times bestselling novel The House on Mango Street, Cisneros published Woman Hollering Creek and Other Stories. This collection of short stories follows various women and their experiences as people of Mexican heritage in American environments; it is Cisneros’s thoughtful meditation on the simultaneous surrender and control of those who straddle two identities. As the only girl of seven children in her family, Cisneros’s attention to how men and women coexist started early on. Her metamorphosis as a woman, but more importantly a Mexican one, seems to be mirrored in the structure of Woman Hollering Creek.

The collection begins with tales of Chicano childhoods, then moves to the confusion of adolescence, and ends with musings on marriage and the men who, in Cisneros’s experience, often degrade it. In one of the collection’s vignettes, a story called “One Holy Night,” Cisneros examines how the innocent wonder of girlhood, boundless in its passion, becomes the quiet, yet colorful restraint of womanhood. Buried in the tension of choosing an allegiance to Mexico or Chicago, is the parallel choice between a young woman’s allegiance to her self or her suitor. Ixchel, the eighth-grader the story centers on, falls in love with a thirty-seven-year-old man called Boy Baby. He convinces the young teenager that he descends from royal Mayan blood, and seduces her with the promise of a very different sun—a sun that shines on the temples of Mexico, its rays never quite able to reach her in the streets of Chicago. The definition of boundaries becomes expanded as the two characters migrate over lines of appropriateness and blur the lines of language, communicating trilingually (if you count their love). But as Cisneros illustrates, there is much to be lost in translation between women and men, much like between America and Mexico.

Abuelita says it’s Uncle Lalo’s fault because he’s the man of the family and if he had come home on time like he was supposed to and worked the pushcart on the days he was told to and watched over his goddaughter, who is too foolish to look after herself, nothing would’ve happened, and I wouldn’t have to be sent to Mexico. But Uncle Lalo says if they had never left Mexico in the first place, shame enough would have kept a girl from doing devil things.

The “devil thing” Ixchel did was lose her virginity to Boy Baby, a man not only older but more sinister than she. Here, Cisneros makes plain the unevenness of how men and women are treated in Mexican culture, which remains intact whether a family resides on one side of the border or the other. Chicago cannot change culture, but it can change context. As Uncle Lalo argues, if Ixchel had grown up in Mexico her transgression might not have ever had the room to breathe—maybe there’s too much space in America, maybe too much freedom. But as Cisneros knows all too well, that freedom is undermined by a Mexican identity, as if existing in brownness tightens borders. The limits and freedoms of a region are, more accurately, the limits and freedoms of a color.

Unsupervised and unable to reconcile the yearning for Mexico in a decidedly non-Mexican place, Ixchel maps her imagined journey home through the love of Boy Baby; he is a reminder of what is within her but rarely around her. When Boy Baby abandons Ixchel, “bit by bit the truth started to seep out like a dangerous gasoline.” Ixchel was pregnant. “When Abuelita found out I was going to dar a luz [give birth] she cried until her eyes were little, and blamed Uncle Lalo, and Uncle Lalo blamed this country, and Abuelita blamed the infamy of men.” In this piece of Chicano fiction, Cisneros artfully details the hierarchy of Mexican American pain. Abuelita blames Uncle Lalo and the patriarchal priorities of their culture for why Ixchel, only thirteen, is pregnant by a man hardly anyone knows. In response, Uncle Lalo blames America, who is perhaps the ultimate patriarch—unyielding in his disregard of women, and unforgiving in his emasculating of men not of his soil. And so pain trickles down the same way punishment does: the country rejects the man, the man rejects the woman, the woman rejects the child by sending her to a convent back in Mexico. Fortunately for the land, the language barrier created in part by the Spanish of its citizens allows it to not understand, in full, how deep this pain flows. A pain it created but cannot answer to. “My baby will be named Alegre [cheerful],” Ixchel claims, “because life will always be hard.”

In “One Holy Night” and in Sandra Cisneros’s Chicano literature at large, she examines what Mexican Americans exchange in return for opportunity. Families give up the comforts of home in exchange for careers in the Midwest, and Ixchel releases her girlhood in exchange for love. But since she is still just a girl, soon-to-be-mother or not, her identity toggles between two points in a life, just as it sits in the middle of two points on a map. Woman Hollering Creek and Other Stories asks us to imagine literary regionalism as more than just literature set in a single place, but as fiction’s ability to funnel different places and the experiences they birth into one environment. In Cisneros’s case, Chicago is more than just a city in Illinois, but instead it is a city of Mexico, and Mississippi, and everywhere its residents come from in between. Chicano literature proves that it is the people, not the place, that set the borderlines of what a setting is and what it is not.

Tags:Sandra Cisneros, The Limits and Freedoms of Literary Regionalism, Woman Hollering Creek and Other Stories