Home
»
Interviews
»
What Is The Most Underrated American Poem? 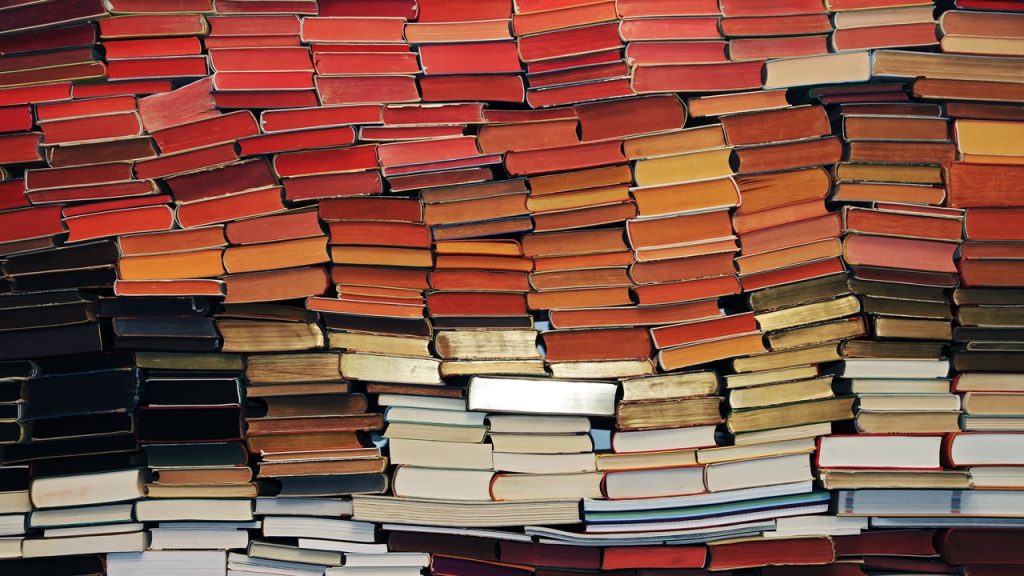 A few years ago, I wrote a blog post for Best American Poetry in which I asked readers if there were iconic contemporary American poems—poems that would endure or that would be taught the way we teach “The Snow Man” or “The Love Song of J. Alfred Prufrock” or “The Red Wheelbarrow.” Not surprisingly, there was no consensus.

Lately, though, I’ve been curious about ignored or overlooked poems. To be sure, there are more poems being published now than in any time in American history. Between blogs and websites and print journals (which, amazingly, appear to be proliferating), there have to be tens of thousands of poems published in the United States every year. I likely read less than 1% of those. Consider all of the poems published in the United States since this country became a country—how many of those I have not read. Ninety-eight percent? Ninety-nine percent? More?

All this is to say, Donald Rumsfeld may have actually been onto something with his “unknown unknowns.” When it comes to underrated poetry, we don’t know what we don’t know.

So, I conducted short interviews with a group of hotshot poets, scholars, and critics to help out. I invited them to nominate an American poem they think is underrated—a poem they wish more people loved and taught, a poem that might be for many an unknown unknown.

My first answer would be the whole nineteenth century with the exception of Dickinson and Whitman, instead I’ll go to Adrienne Rich’s later poems because they are not directly part of her political project and so do not seem to matter to many people. But the elaborate and forceful rhetoric she developed in the political poems serves at least as well for confrontations with mortality—especially in “Final Notations,” the final poem of An Atlas of a Difficult World.

I think there are several ignored poems by major writers who write too much, like Stevens and Ashbery. Two from Stevens come to mind: “Jasmine’s Beautiful Thoughts Underneath the Willow” for the amazing musicality of its final stanza, and “On the Adequacy of Landscape” for its plain intelligence and defining the historical gap between nineteenth and twentieth centuries.

“Poetry” by Marianne Moore. I have always gravitated to these lines:

one discovers in
it after all, a place for the genuine.
Hands that can grasp, eyes
that can dilate, hair that can rise
if it must, these things are important not because a
high-sounding interpretation can be put upon them but
because
they are useful.

And probably because when I learned to appreciate and “love” American poetry, I wanted to be convinced that there was something like an “American” idiom that was separate from all those British antecedents. And because I was persuaded that poetry should be a bodily experience, not just mental, and not just metaphysical, but actually a physical reaction for that intimation of the “genuine” as Moore puts it.

“What lips my lips have kissed” by Edna St. Vincent Millay is a perfect sonnet that’s also a meta-sonnet. Millay even uses the word “turn” at the turn from the octave to the sestet. Like the best love sonnets, it seems at first to be expressing a trite idea about love, only to say something quite unexpected and angular by the end.

My choice is Louis MacNeice’s “Autumn Journal” which is a major but much overlooked poem, likely because MacNeice was overshadowed by the company he kept (given his collaboration with Auden). And possibly because some critics feel, despite his impressive formal chops, that MacNeice never really found his “great subjects” for his shorter lyrics.

But MacNeice does find his subject most powerfully in “Autumn Journal,” which is not only one of the most formally graceful and responsive poems written in the 20th century, but is also an important document recording one of the darkest periods of that age. Written in the closing months of 1938 in England, MacNeice captures the whispering dread within the daily quotidian. He struggles with bouts of fatalism, but also discovers a keenly heightened sense of beauty and connection when facing the inevitably of Hitler’s machine, as another world war sinks its teeth into Europe. It’s quite moving. And I think the poem’s fourth canto is one of the most honest and sensual love poems ever written. Or in any case, it’s the poem I most wish some man had ever thought to write for me.

“A Ghost, a Real Ghost” by Randall Jarrell. Nobody else has found such effective—and ordinary—figures for such a common, and such a deep, sadness, one that has several causes, several directions, several identities, inside.

We don’t tend to admire many 19th-century American poets beyond the twin geniuses of Whitman and Dickinson, but “An upper chamber in a darkened house,” a sonnet by Frederick Goddard Tuckerman, reveals a candid mystery that transcends its conventions.

“For the White Person Who Wants to Know How to Be My Friend” by Pat Parker. I wish more people taught this poem because it explains so well the difficulties I have had with white people with whom I have been friends. Her first two lines say everything: “The first thing you do is to forget that I’m black./ Second, you must never forget that I’m black.” Although I hope my friendship with a white person transcends race and is more than just our race, my race is part of who I am and shapes my experiences in America. Too many white people want me to leave my race at the door, but I can’t. Too many white southerners won’t let me forget that I’m black, but I’m not ashamed of my blackness and refuse to live in the “colorblind” society that too many white folks claim they live in.

I wish more people were aware of the vernacular ease with which Randall Jarrell reels off terza rima in “The Lost World.”

“Hand-Me-Down Halloween” by Natalie Diaz. This is a poem I wish more people knew about and taught. It is one of those poems that I take pleasure in reading every time. It is as humorous as it is dark. It’s got a great voice, and the intriguing use of italics and slashes makes it a great poem heard aloud. And the ending, oh man. You just don’t get any better than that.

“A Temporary Matter” by Luisa M. Giulianetti. The intricate marriage of poetry and music is wondrous—when done well. Too often, poets throw in the name of a famous jazz musician and declare the work a “jazz poem.” Brilliant Corners, a journal of outstanding jazz related poetry, fiction, essays, and interviews published this piece by Giulianetti. “A Temporary Matter” is an exquisite example of poetry where jazz is the wisteria wound through the fabric of life.

Although many people may already know “A Postcard from Okemah” by Terrance Hayes, it’s a poem I think more people should consider teaching. The use of the ekphrastic form allows Hayes to play double-witness: to a lynching and to a photograph of that lynching. In retelling the story of Laura Nelson and her 14-year old son L.D., Hayes resurrects them from the original debased objective of the postcard, inverting intent, turning the condemnation back onto the photographer and the townspeople posing for the photograph. And though this is a poem in which Hayes could easily exploit the horror of this historical barbarity, he handles the subject matter with such tenderness and directness, that one is left instead with profound sadness and anger at the state of our nation, both its racially vicious past and its present.

“Kathe Kollwitz” by Muriel Rukeyser. I’m not sure if it qualifies as underrated/unknown (maybe not), but it’s a poem I’ve always wanted to teach. I love the sweep in vision, the unruly and engaging form, and the conversation it makes between women and between artistic disciplines.

“Back to the Mother Breast” by Laura Riding. I love this poem for/in spite of its typical Riding kick-in-the-stomach confrontation with sexist mishandling of history and maternity. The poem seems to me a thumbnail of (high, Pound/Joyce/Eliot) modernism—it’s renunciation of the immediate past, its conflation of woman and Romantic sentimentalism, the blame on women for macerating culture in the absence of reliable men. Riding spells it out and pulls the rug out from under it in three stanzas. Her poetry has always been important to me, but I’ve always been relieved I never met her and saw how stupid she would know I am.

My personal choice for the most underrated American poem would probably be H.D.’s “Eurydice.” Many people know and even teach this piece, but no one seems to think it is as great as I do. It is hard to find a poem whose emotional range matches its lyrical range. I know of no angry poem more beautiful; no beautiful poem more angry:

you who have your own light,
who are to yourself a presence,
who need no presence;

yet for all your arrogance
and your glance,
I tell you this:

such loss is no loss

Eurydice’s elegant dismissal of Orpheus mirrors H.D.’s dismissal of Orpheus as the mythopoetic icon. The intellectual, emotional, and technical confidence of this poem is masterful.“Eurydice” belongs in that group of poems I mention in paragraph one, but H.D.’s gender has worked against her poetic legacy—she may be the greatest victim of canonical sexism.

A lesser known poem I wish more people knew about is Wendy Rose’s “Alien Seeds.” Poems often acquire and create depth through the tensions of connotation and denotation. Rose’s poem, both political and personal, is a tour-de-force of the literal and the figural. Words like “vermin,” “wild,” “strangling,” “colonize,” “ravage,” “seed,” and “alien” carry botanical, political, and racial connotations. Rose raises profound questions about the metaphorics of growth, expansion, and roots and asks us to rethink easy definitions of “indigeneity” and “nativeness.”

While this experiment only excavates a little, the treasures seem worth the dig.