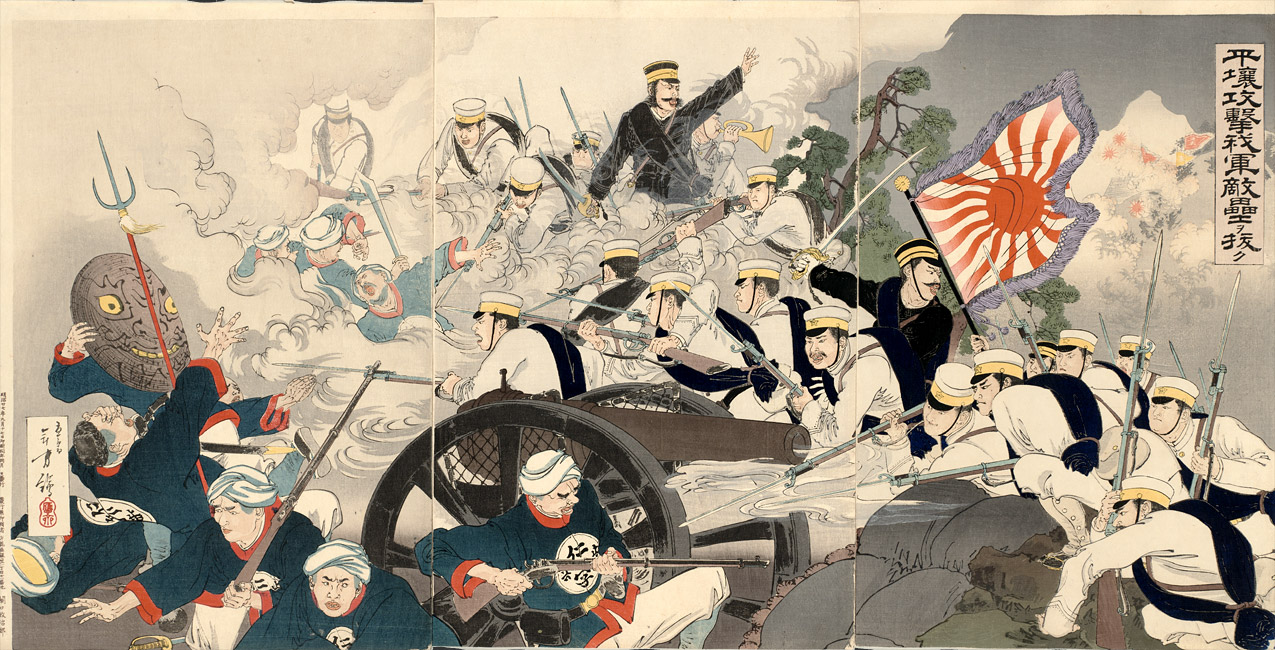 I was introduced to postcolonial theory in my junior year of college. The institution I went to was, at the time, quite traditional in its focus on the Western canon. There was the occasional “diverse” course offering each semester—African literature, Asian American literature—that tried to cover a huge swath history and entire forgotten canons in one term, when the study of Medieval literature, for instance, was broken up into two whole semesters with the possibility for more specialized courses later on. Postcolonial theory broke into my studies like a wave, unearthing a path to critically think about the things that always ate away at the back of my mind when I read the English classics. Thinking about where the wealth of aristocrats came from and how resources were violently taken from the periphery and pumped into the metropole gave me the vocabulary to talk about the inequality I saw throughout American history. This type of critique came easily for me.

I believe my quick affinity for postcolonial theory came partially because I was looking at a culture outside of my own; the British empire’s conquest of most of the globe had no relation to my own identity in terms of culture or history. It is easy to point out the atrocities of another, but it’s far more difficult to level the critique at yourself.

Outside of European imperialism, though, there is another country known for its colonial history: Japan. It was inevitable, then, that I eventually turn the critique of postcolonial theory back to myself and the country where I was born.

When I picture the map of Japan, I see a seahorse—a figure floating in the Pacific, its lumpy head facing East and a series of small islands dappling the sea in the wake of its tail. This is the shape of Japan as I have known it and it is the shape that it always has been—or so it is often said.

For most of history, the seahorse was actually headless. The island that I saw as the head of Japan is Hokkaido, the northernmost island of Japan formerly known as Ezo and prior to Japan’s arrival already populated by the Ainu people, the historical indigenous inhabitants of the island. In 1859, Japan acquired its head through a continuous process of erasure, discrimination, and elimination through settler colonization. At the time, Japan would defend its colonialism by saying that the land’s proximity to the rest of the archipelago made it predestined to be part of Japan. The Ainu narrative was silenced for centuries. It wasn’t until 2008 that the Ainu were recognized as an indigenous culture in Japan with a distinct language and culture of their own, such as their unique textile tradition and their close relationship with the Hokkaido bear. Ainu people still face discrimination to this day when it comes to hiring and even housing opportunities. Some hide their Ainu identity for their entire lives.

The island of Okinawa follows a similar history of colonialism and annexation, with Japan annexing Okinawa as a prefecture in 1879 in a decisive move against the expansion of China. Like the Ainu, the native Okinawans faced violence and discrimination and were forced to assimilate, hiding their identities in order to survive. Okinawa continues to be the site of conflict as the native Okinawans fight against the expansion of the U.S. military base on their island, a remainder from the end of World War II and the United States’ post-war occupation of Japan.

At its peak in 1942, the Empire of Japan had taken over Korea, a significant portion of China, Taiwan, the Philippines, Thailand, Vietnam, Laos, Burma, Malaysia, Sakhalin to the north of its head, and more. Under the guise of spreading its successful leap into modernity and with the claim of protecting Asia from further Western encroachment, Japan cut through countries and cultures, leaving lasting devastation in its wake. This is a history that contemporary Japan tends to elide, either outright refusing to deny the reality of atrocities, such as the forced sexual slavery of the “Comfort women” in occupied territories, a term that attempts to obfuscate its true brutality, or by claiming these as wartime acts of the Empire of Japan, not the act of the current Japanese government built on a new constitution after World War II.

It is crucial to think about the shape of nations throughout history. As is clear with the history of Japan, we actively change the shape of the physical world through our ideologies. To this day, the legacy of Japan’s violent encroachment onto surrounding nations remains, as does the continued discrimination against indigenous groups that live within its borders. Min Jin Lee’s 2017 novel Pachinko offers a longitudinal look at the generational effects of Japanese colonialism on a Korean family, beginning in Korea under Japanese colonial rule in 1883 and following the descendants as they eventually move to the Japanese mainland. The novel documents the up and down of immigrant life; the title itself refers to a type of Japanese slot machine. In a 2017 article in The Atlantic, the title is described as being “[n]amed for a Japanese pinball game that combines both skill and luck, show[ing] how momentous acts of kindness and cruelty shape lives through subsequent generations.” The name also, however, calls to mind ties to the yakuza, who have used pachinko parlors as fronts for money laundering and other criminal activity. Lee herself highlights this connection in the novel, showing that discrimination and oppression pushed some of the Korean characters in her novel to crime as a way to survive.

While it is easy, then, to try to elide history by saying atrocities are part of the past, the impact of Japanese colonial expansion is still felt by many in Japan today. One cannot simply outgrow or outlive a colonial, racist history. In order for the system to change, we need to stare at it and acknowledge it for what it is.

In Citizen: An American Lyric, Claudia Rankine grapples with similar long-lasting effects of violent history as experienced by Black people in the United States. She writes, “The world is wrong. You can’t put the past behind you . . . it’s turned your flesh into its own cupboard. Not everything remembered is useful but it all comes from the world to be stored in you.”

On May 25th, George Floyd was lynched by a police officer who knelt on Floyd’s neck for eight minutes and forty-six seconds. The revelation that one of the three police officers who stood by and let Floyd’s murder happen was Asian American was a wake-up call for Asian Americans to consider their own role in supporting racism in the United States.  In her piece, published shortly after, for The Asian American Writers’ Workshop, Mai Der Vang argues for Asian American solidarity with the Black community against police brutality, highlighting what happens when we fixate too much on the experiences of our own in groups. She writes:

The American Dream will not save us. On the contrary, the pursuit of the ‘Dream’ feels as though it is leading to more harm than good. Think of all the profits being accrued by the prison industrial complex, and all the ways it increases its capital by keeping people in cages for decades on end. Think of neighborhoods and communities that have long suffered from and continue to be steeped in poverty, unemployment, and a general lack of opportunities.

What Vang refers to as “The American Dream,” the desire to improve our lives and the lives of those we love, usually through economic means and often at the expense of others, has resonance in Pachinko, too. In one scene, two characters, Hansu and Kim, discuss Hansu’s view of the world as a shrewd businessman and as a Korean man adopted into a Japanese family. He says, “Patriotism is just an idea, so is capitalism or communism. But ideas can make men forget their own interests. And the guys in charge will exploit men who believe in ideas too much.” Both Vang’s incisive look into the myth of the American Dream and the fictional Hansu’s lecture to his protégé reveal what is at stake when we refuse to critically examine ingrained ideologies. Who is harmed when we refuse to confront cultural violence out of a desire for material comfort? Who benefits when we try to erase the past?

These conversations remind me of my initial foray into part of my cultural history when I first came to terms with Japanese atrocities in the past. I have often been asked why I bother focusing on these historical events in the first place. I am technically only half-Japanese and I live in the United States, so I could easily shrug off this colonial legacy, I’m told. My response to these sentiments is always the same: you cannot choose what part of your culture you enthusiastically embrace and what parts you entirely erase. As someone who identifies as Japanese, who finds joy and pride in the literature, the food, the history, and the language of Japan, then I must accept the colonial legacy hidden within these things that I love.

On June 2, 1961, James Baldwin gave a talk on nationalism and colonialism, saying, “The tragedy of this country now is that most of the people who say they care about it do not care. What they care about is their safety and their profits. What they care about is not rocking the boat.” Baldwin’s words ring painfully true nearly sixty years after he spoke them. But the increasing public pushback against police brutality offers hope that people are starting to care en masse. Baldwin’s words, however, also act as a warning. Large scale social change does not happen within the span of a few weeks. We must keep pushing towards change—including interrogating our own culpability in injustice.